Today would be my mother's 100th birthday. Born Margaret Shirley in Smithville, Indiana, she went on to serve in the WACs in New Guinea during WWII. After the war, she attended IU, where she met and married Ward Collins.

She was the mother of three children. She was also a patriot, an organizer of good works, and one of the sharpest minds I have ever known. She and I were much alike in personality, which explains why we argued so much.

She died at age 66 of a stroke following arterial surgery.

The picture, below, is of Your Humble Correspondent (age around 14) with Mother. When I showed this pic to my son Zachary a few years ago, he said in a worried tone, "I can't remember when this picture of me and Nana was taken. And I don't remember that house." To which I replied, "That's not you." (Our remarkable likeness at comparable ages is family legend.) 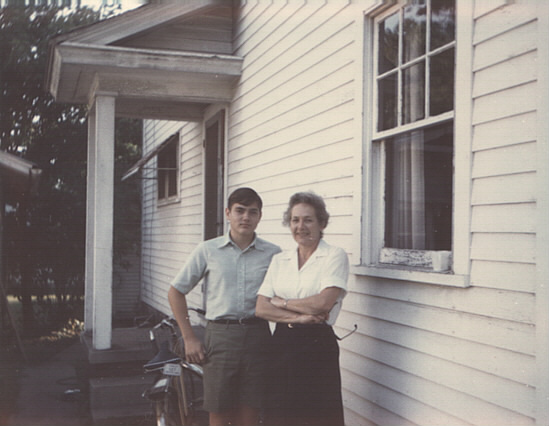