After the Second Battle of El Alamein in 1942, Winston Churchill told Parliament, "Now this is not the end. It is not even the beginning of the end. But it is, perhaps, the end of the beginning." Which is how I feel about the point I reached today at Wilderstead.

I hoisted the last two beams into place today. I also pegged all the beams together with pole barn nails and applied construction adhesive in all the cracks and crevices I could find. I finished nailing all loose beams to their sill plates. It's a good place to stop. 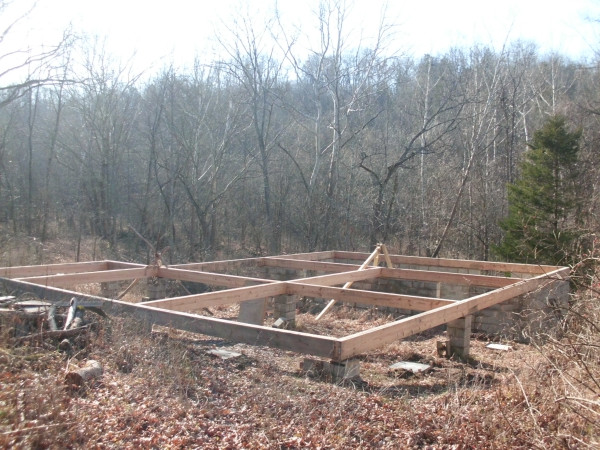 Beams, from the back fence 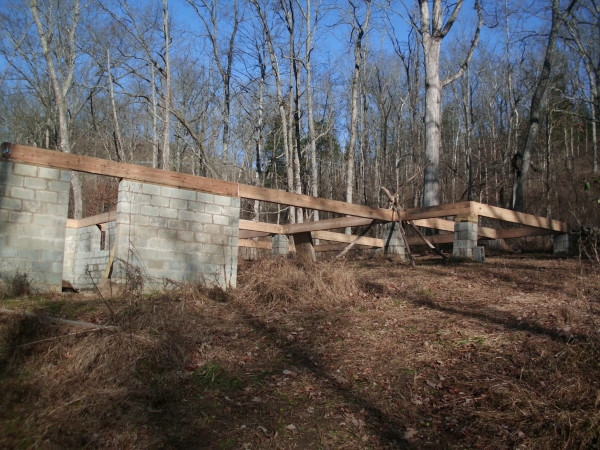 Beams, from the path below

Next week, I will go out to Wilderstead and clean the cabin. It's been used as a workshop and tool shed all year, and it's a tip. Don't know if we'll have any parties out there around Yule, but at least I want to start the new year with a clean cabin. Then, I think I'll knock off for a while.

The electrician is still trying to get the guy who does the deep boring out there, and when he does, we'll get to working on the electricity. Sometime this winter, we should finally get power in the holler. And I have some other estimates being worked up for other things -- ditching, putting in a culvert. Meanwhile, I have five more concrete forms to build at my home here in B-town while the weather is doing its winter thing.

I figure by March, it'll be warm enough (and maybe occasionally, dry enough) to get back out there. Finish the concrete emplacements (for additional supports), hang joists, install bridges between joists, etc. If all goes well, I might actually start building a stud wall on the platform by June 1.

But let's not get ahead of ourselves. It is enough to celebrate today's work, and give thanks to God for health and strength and money and everything else that makes this possible.
Collapse