I got over to Wilderstead today. It was kind of a gray morning, but at least there was no rain. Or snow. My mission today was to build a pair of beams, which I will hoist into place on my next trip to the woods. In this I was successful. 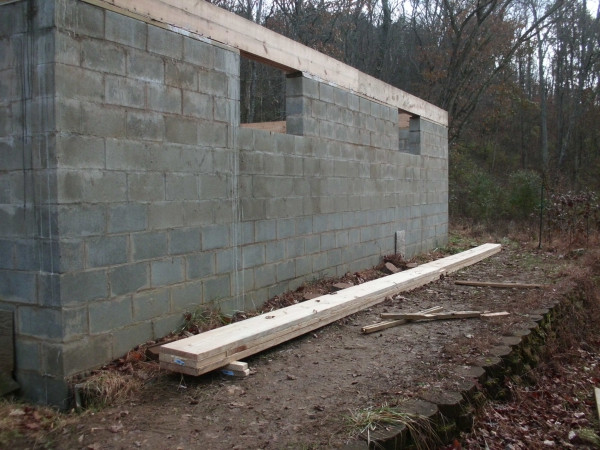 I finished these beams in about three hours. Then I put the new battery in my tractor and fired it up. I accidentally left a switch on and drained my battery last month. Got that battery charged up and took it back out, but I couldn't get enough juice to turn over the diesel. So, a new battery, only two years after the last new battery. Aargh. I forget what I decided to name this tractor, but I'm going to start calling it Sam McGee, since it hates cold weather.

I bought a new four-foot level and took it out to the cabin. The last two times I've been out there, I've looked through the whole cabin and all over the building site, and couldn't find my four-footer. So, I was just deciding where to put the new four-footer in the cabin, and as I turned to put it where I was sure to find it next time, I had a fleeting thought go through my head, saying, "Wouldn't it be ironic if the place I put this would be exactly where the old level is?" 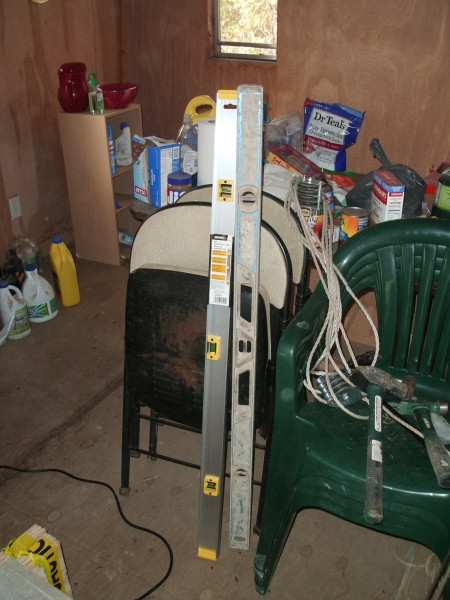 And there you are.

I continue to make progress, however slowly. Festina lente and all that. Here is the current array of beams and block seen from the back fence line. The pair of beams I made today will be hoisted into the center-line position, from the undercroft wall to the back line. 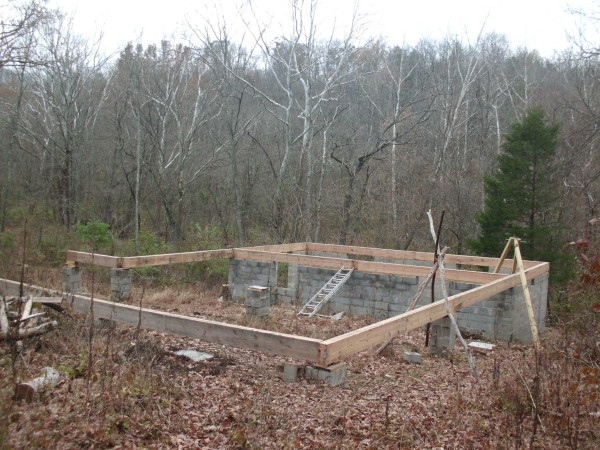 If we'd get a little Indian Summer before the hard freeze gets here, I might be able to do some more concrete emplacements for the extra supports I have to do. If it doesn't warm up, then that'll be the first task come March. In the meantime, I have at least two-three more trips out yonder to play with beams, and I hope to have this phase done by the end of the first week in December. Then I'll slow down a bit.
Collapse