I went over to Wilderstead yesterday to run my chain saw a bit and clear out the scrub in the gully crossing where the power line's got to go. It was a lovely day. Our resident cardinal, Monsignor, was all over the windows of cabin and truck, fighting his reflection. I tried to sneak up on him and get a good picture, but he flew off into the trees. I did get this nice one, which might wind up as our Christmas card next year. 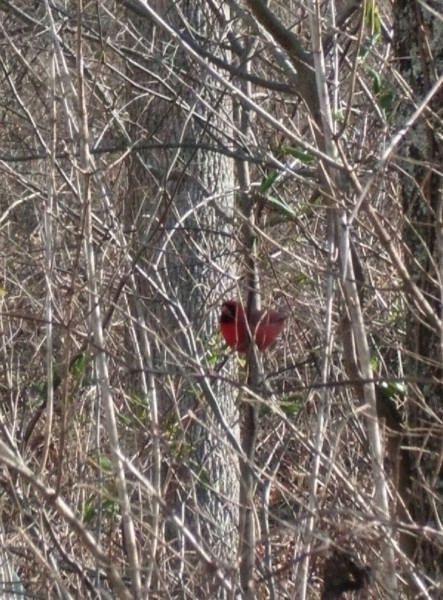 His Reverence, who watches over our little retreat

As I was getting ready to go, though, the silly bird flew into the cabin. He was pretty freaked out, and tried all the windows and skylights to get out. I tried to shoo him out, but he couldn't comprehend that he needed to descend a bit in order to clear the doors. He just knew he wanted to go up, away from me, and into the sunlight. Finally, I had to catch him in a shop towel and go shake him out on the stoop. He flew off gladly after that. I did get this picture of him inside the cabin as he was trying to get out the back window. 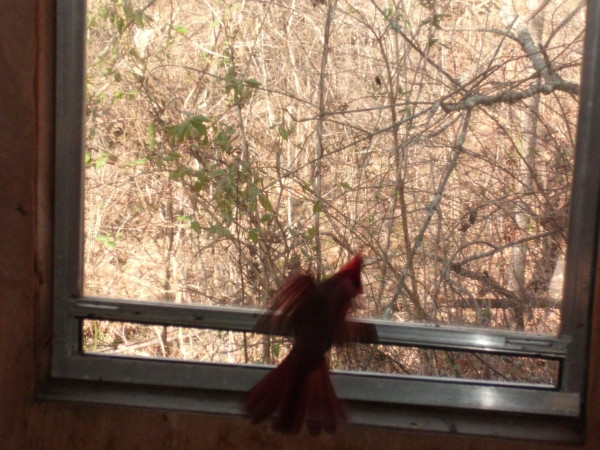 What is this mystery called Glass?

After closing up at the cabin, I drove over to Covington to visit with my buddy Zach. He got my new laptop to function properly so I could finish setting it up. Then we went out to eat.
Collapse