All the bears were on hand for Christmas Day downhill from Walmart. I got the roast in the oven about 9:30. It was a massive 8.8 lb. standing rib roast. Then, after my shower, I went and fetched Zach from his apartment. The table was spread with nibbles of all sorts by the time Anna and Brian arrived with the grandcubs about noon. 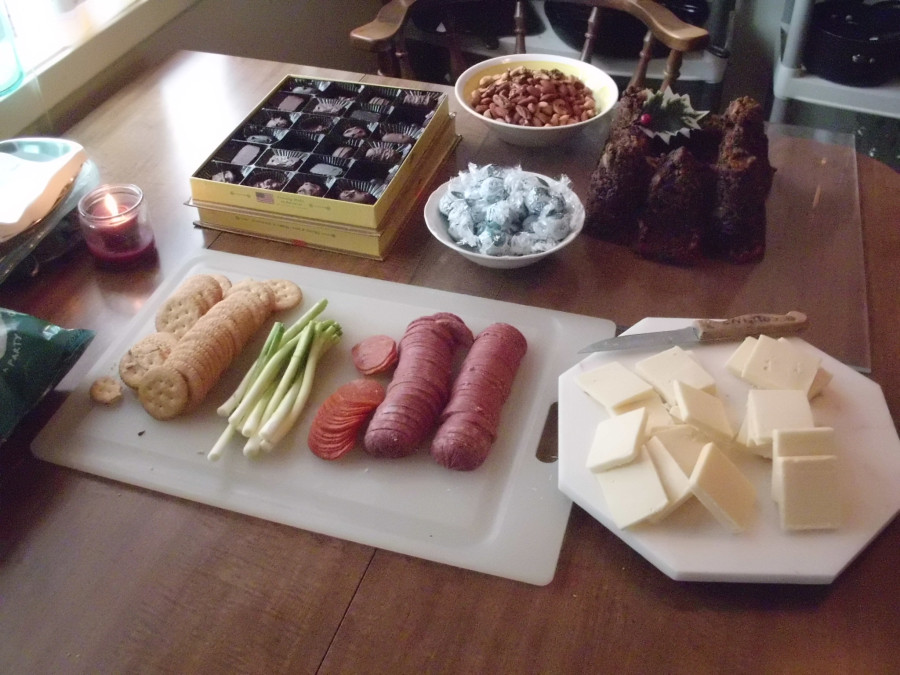 Anna had made Pfeffernüsse dough ahead of time. I was doing the roast beast in an electric roaster oven, which left the main oven open and available for cookie making. She got right to work rolling cookies. The day was already going great for our family, which loves to cook together. 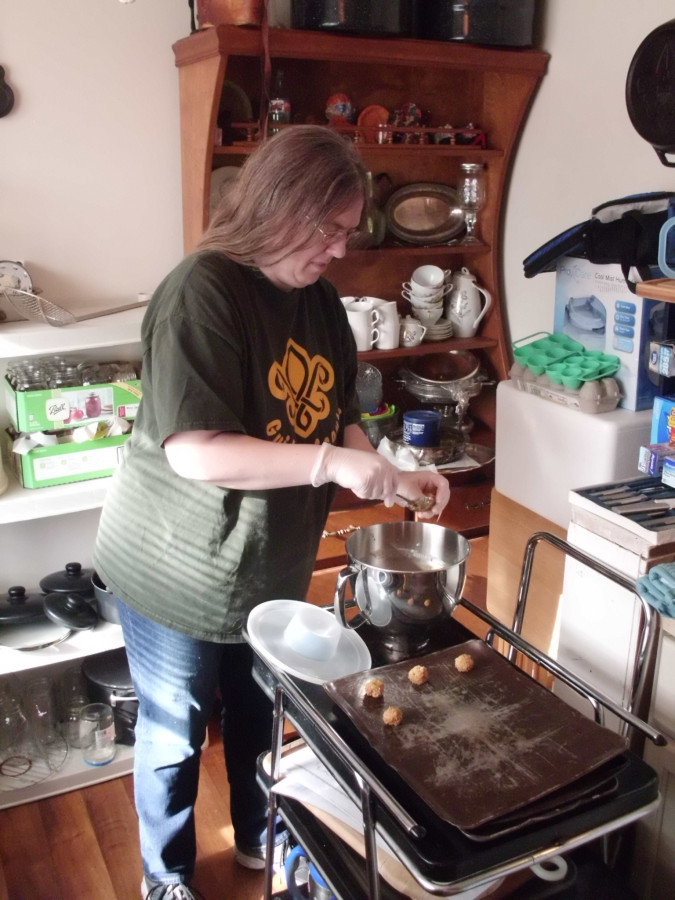 Daniel and James played downstairs some. They liked my new organ. James was in awe of it; I figured he'd want to make lots of noise, but he was shy about touching the keys. Meanwhile, Daniel had a new book, which he shared with Uncle Zach. 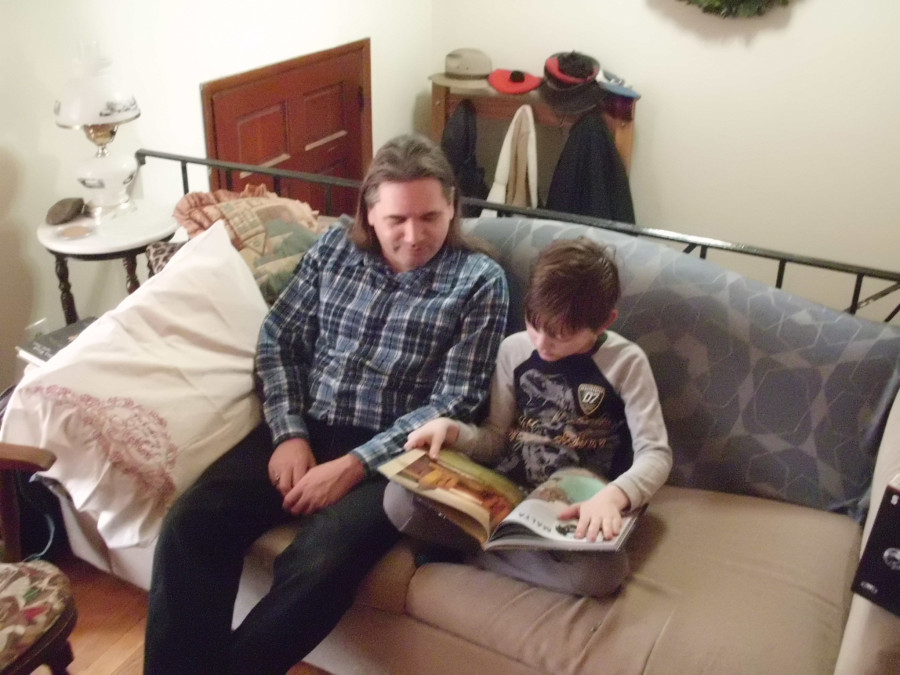 Uncle and Nephew reading together
Zach and Daniel

Preparations grew more intense. As the cookies came out of the oven, Brian rolled them in powdered sugar. Mashed potatoes were constructed and Deanne fried some green beans the way she likes them. The roast came out of the oven to rest and Anna made Yorkshire pudding with the drippings. Finally, everything was ready. 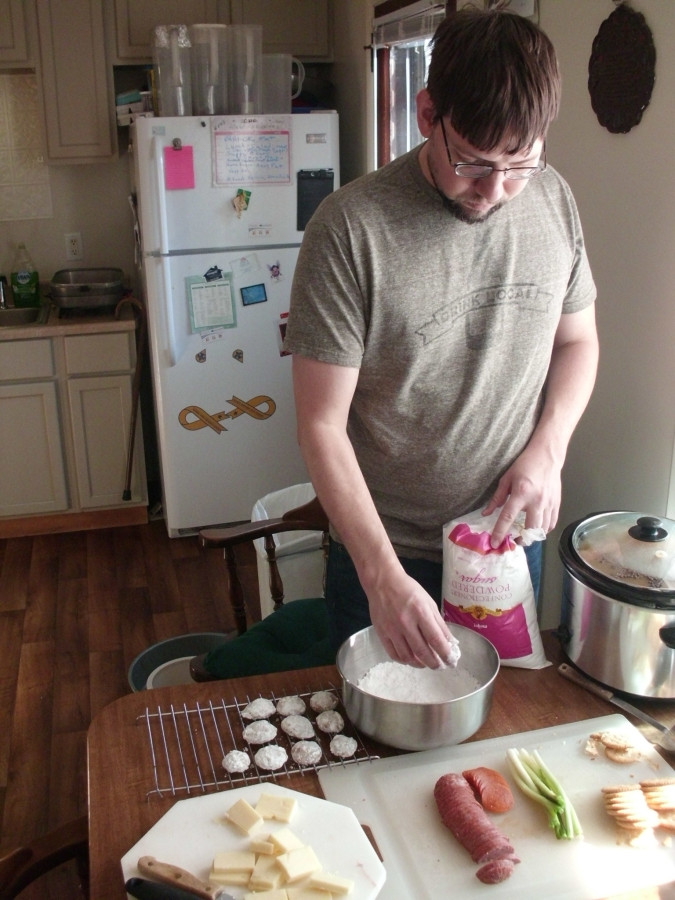 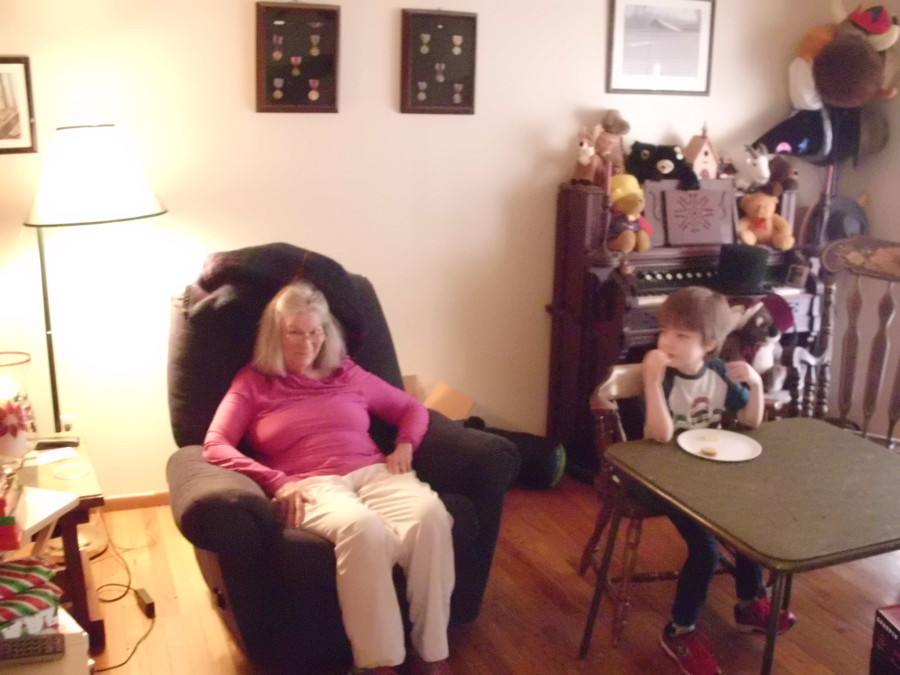 Granny and James waiting for dinner
Nibble the kibble 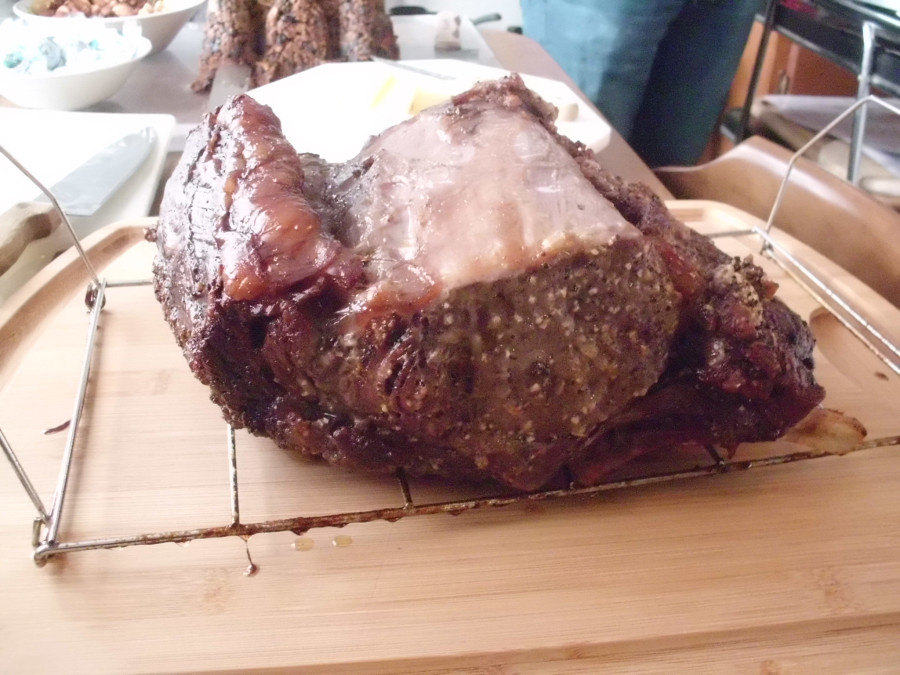 Roast Beast
The star of the show

After the feast, there were presents to open. Several of us got some nappage in, too. As suppertime rolled around, the adults played Hearts in the kitchen while people browsed on leftovers and candy.

The boys watched some videos and we sat around and talked. James didn't like it that I was hogging the recliner, but when I said he was welcome to join me in it, he was happy enough. 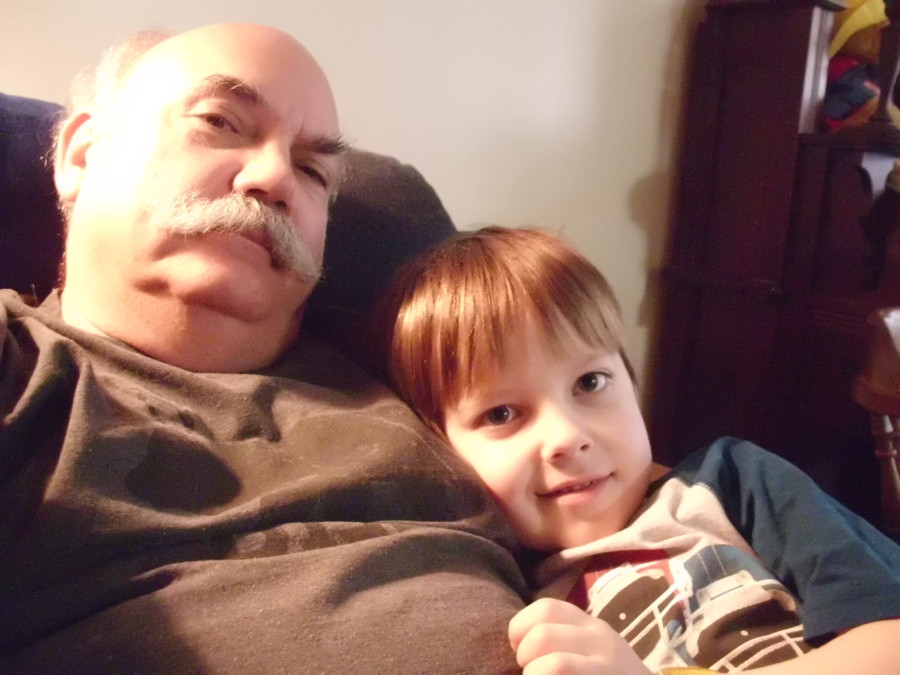 Eventually, Anna and Brian left with James. I took Zach home. Daniel is staying with us for a few days. It's been the best kind of family holiday. We talked and played and cooked and ate and no one was rushed to get on to the next thing. A very, merry Christmas, indeed.
Collapse