We picked up Zach and drove over to Richmond this morning, arriving about 10:30. Anna was planning on having the turkey in the oven by then, but their giant bird hadn't defrosted yet, so when we arrived she was out trying to find a fresh turkey. She came home with an 18-pound Tyrannosaurus meleagris. We had brought summer sausage, cheese, and crackers. They had libum bread already baked (an ancient Roman bread baked with fresh herbs and ricotta cheese). In addition, I had planned to prep my offerings over there, so we were fine with hanging around and cooking together. It's what we do.

Brian spatchcocked the turkey. Anna smeared it inside and out and under the skin with butter and herbs, then put bacon on the breast just to make sure nothing dried out, and it was into the oven with it. I made some chocolate Boozy Floozies (liquored-up tarts). I didn't have any Bourbon on hand, so I used Amrut instead (Himalayan Single Malt). Anna made cranberry sauce from scratch, then divided the pan, finishing one with Galliano and the other with tequila. Once the bird was out and resting, she put in Yorkshire puddings and then my Pecan-Cranberry Dressing. There was also a huge mound of mashed potatoes, ample supplies of gravy, and sometime after the frenzy died down a bit, persimmon pudding and fresh whipped cream.

We played games and talked away the day. We finally left at 6:30, after eight hours of fun and food. We are greatly blessed. It was a wonderful day. 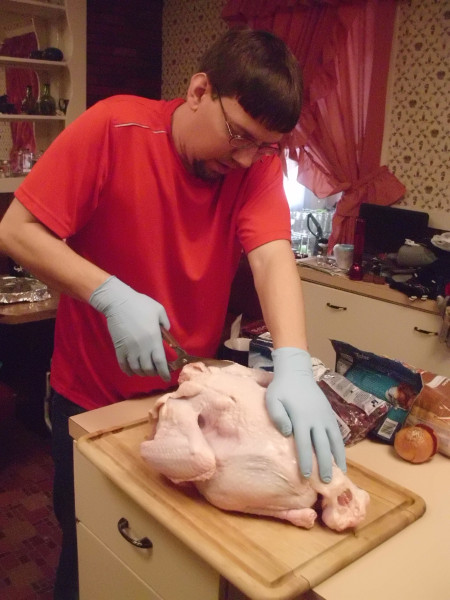 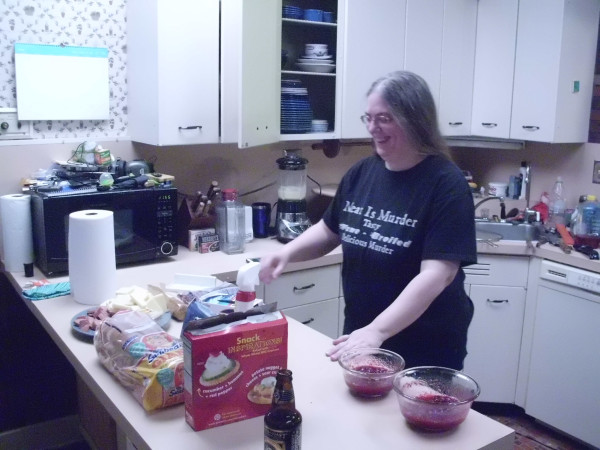 Belly up to the bar, boys
Anna in her element 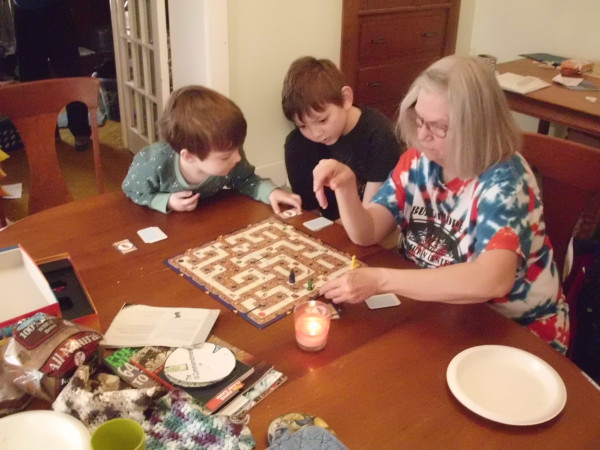 A gamey lot
Granny and the Grandcubs playing before dinner 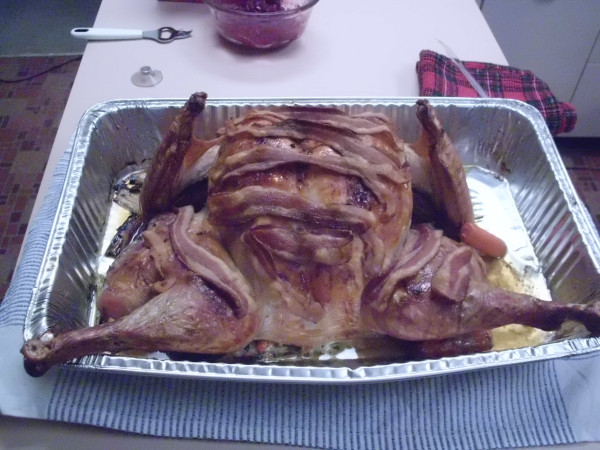 Dinosaurs are delicious
With bacon, too!
Collapse