This little bauble is a Scout neckerchief slide in the form of an Indian war bonnet. It was made for me thirty years ago at Camp Krietenstein by some Cub Scout leaders. When we were planning this year's United Methodist Scout Retreat, this was one of the craft projects we thought we could do that youth might cotton to.

So today, I dug this little beauty out of one of my boxes of Scout junk and proceeded to reverse-engineer it. Then I went shopping for beads, wire, and safety pins so we could make a slew of them. It took four stops at various craft stores to assemble the parts. I'm beat.

We will also have an easy basketry project, and we have some leftover goodies from last year in case we get a big run on the craft session. In addition to crafts, we're emphasizing shooting sports and fishing at this year's retreat. And there will be the usual training for youth and adults, devotions and worship, campfire program, and enough food to stuff a whale.

This year's Indiana United Methodist Scout Retreat will be at Camp Buffalo near Monticello, IN, August 24-26, 2018. 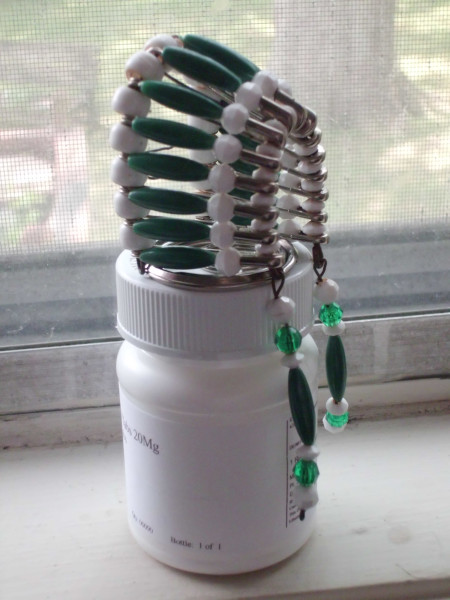