About half the Cub families at this weekend's Cub-o-ree bought the meal plan; that is, they opted to eat food we prepared at the dining hall. The other half came prepared to cook their own meals, although Saturday's dinner was provided as part of the program. All the Cubs and families prepared foil dinners, which were cooked over charcoal down at the waterfront. We on the kitchen staff provided a mass of fresh salad and a mort of scratch-made brownies to what they had prepared. In addition, we had a crackerbarrel both nights, to which everyone -- meal plan or on-your-own -- was invited.

Anyway, I was talking with some of the parents at the dinner who had brought their own food otherwise, and making sure they knew about that night's crackerbarrel. They were confused -- for two reasons. First, they didn't know what the activity was, and that they were invited. Which just goes to show you that we're training parents in the Scouting life as much or more as we're training youth in that life. Nobody teaches you this in advance, but yes, almost every night of a weekend outing at camp, Scouts and Scouters gather to eat snacks and talk in an unstructured way. It's part of the fellowship.

The other thing they were confused about was why an evening fellowship time with snacks was called a "crackerbarrel" (or sometimes, "cracker barrel"). I've also had Venturing parents ask if that meant we were going out to eat at Cracker Barrel™ -- the restaurant. No, I said. Then, why do they call it a "crackerbarrel?" Well, I've never heard an official explanation of this, but here's my take on it.

In the 19th Century, the term "cracker" was used for a variety of hard breads: not only what we call saltines, but also hardtack, ship's biscuit, and a thick hard cake impregnated with bacon lard which was a standard field ration of the US Army. (When the Union Army was stalled outside Chattanooga, the first priority of the new Commander, U.S. Grant, was securing a supply line to feed the army. The soldiers called this route "the Cracker Line.") All of these long-lasting but rather fragile breads were shipped in wooden barrels. Commercial crackers were sold in general stores, where they were weighed out on the merchant's scales, then wrapped in paper to be taken home. There were no cardboard boxes with a standard weight of contents.

General stores were also a common gathering place for the community. Many doubled as post offices. The storekeeper was an important local businessman. Along with prices of commodities, concerns over the weather, and politics, a lot of other things were discussed in those general stores, too: community doings, jokes, and *ahem* unverifiable tales of (shall we say) elastic detail. The local worthies would linger to talk over it all, in the near vicinity of, if not indeed gathered round as a table, the wooden barrel holding the latest shipment of crackers.

Hence, "crackerbarrel" means a gathering for informal talk. And since Scouts find it much easier to talk when supplied with food and drink, most evenings on a weekend in camp there is an open time to enjoy the company of the other Scouts which includes something to munch on.

Working in the kitchen gives one a skewed sense of a major event. I get lots of pictures of people cooking and eating, but few of the whole range of fun going on in camp. Still, I had a few worthy pix from this last weekend's first-ever Council Cub-o-ree, "Pirates of Lake Tarzian." 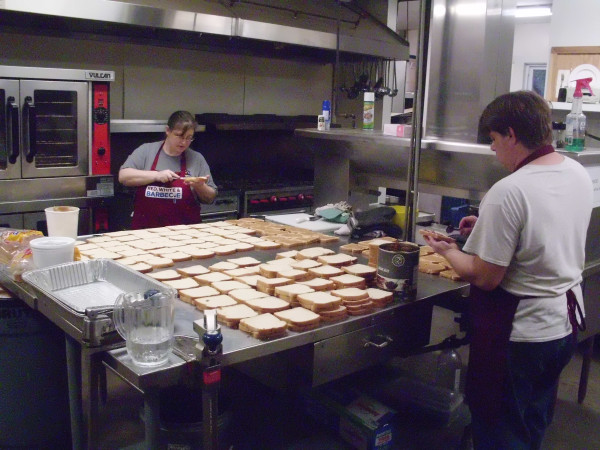 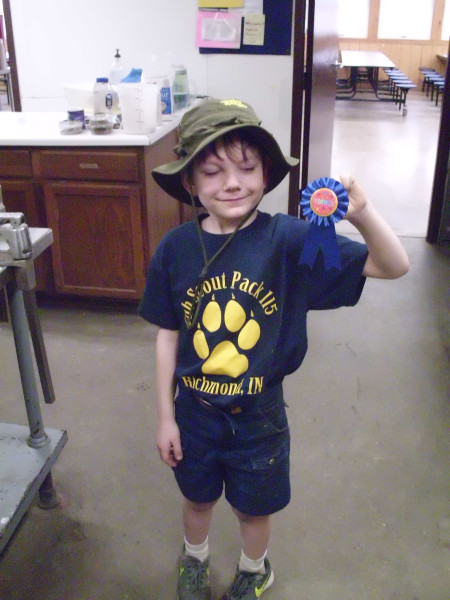 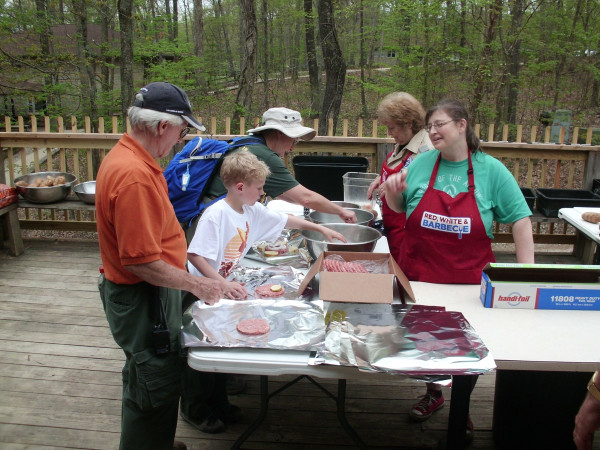 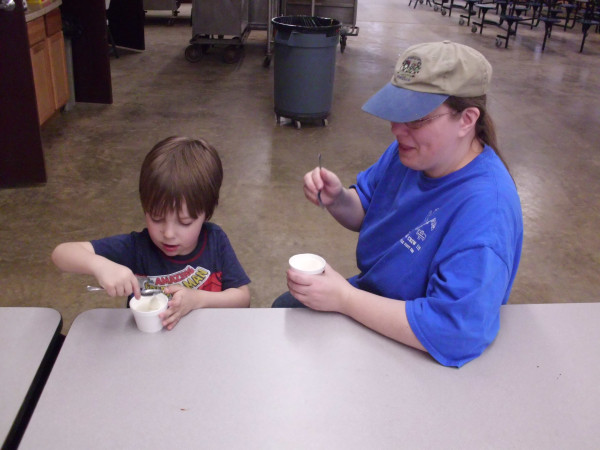 Ice cream makes everything better
James being re-gruntled with Mommy 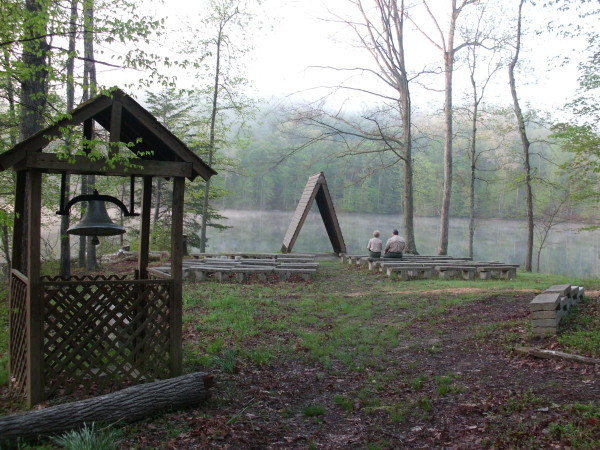 Early for chapel
Sarah and Doug are first to arrive 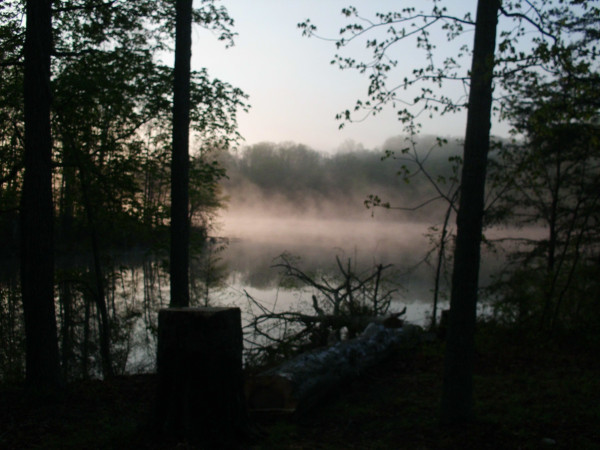 Smoke on the water
Mist rises from Lake Tarzian
Collapse