Today's memory is of a backpacking trip I organized for Troop 119 in the summer of 2007. We did the 22-mile backpacking trail at Cumberland Gap National Historical Park. Most of the trail is on the ridgeline between Kentucky and Virginia, but getting up on the ridge is one tough day's hiking. The next morning finds you at White Rocks, looking out over the valley. Worth the schlep. 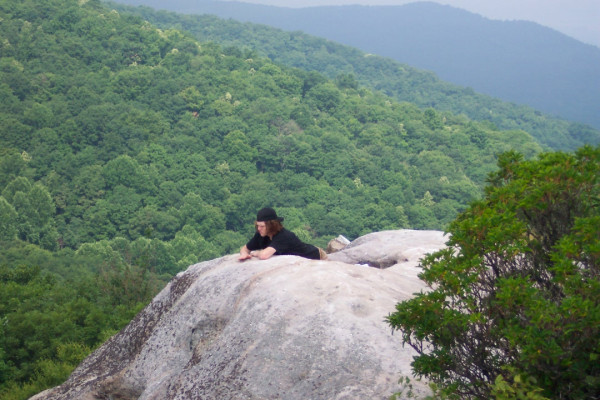 On top of the world
Mitch at White Rocks

My darling wife turns 64 on March 1. That's just twelve days away. So, I thought I would post a dozen pictures of her, one each day. Sort of a bouquet. Just to show her in all her manifold beauty.

Today's picture is from a backpacking trip in 2003 at Cumberland Gap National Historical Park. Halfway down the trail, you come to an old moonshiners' village called Hensley Settlement, strategically placed on the border between Kentucky and Virginia. We count this trip as one of our high adventure treks, though actually it was just a shakedown that year for our trip to Yellowstone, where we backpacked across the central caldera. Deanne did all this mountain backpacking just a year and a half after a total hip replacement.

When we got married, Deanne knew absolutely nothing about camping, and refused to learn. When our teen-aged daughter wanted to go to Philmont, though, Deanne got in shape and learned the skills. I don't know anyone I trust more as a co-leader in the backcountry. She's even hinting that she wants to do a little more 'packing. 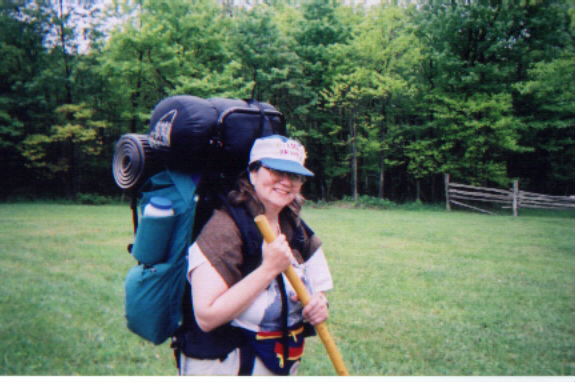