I think it would be appropriate to say a word about Santa Claus. As a pastor, I have occasionally taught the children in church about St. Nicholas. I show them the Nicene Creed in our hymnal, and I tell them that St. Nicholas helped write that creed. And I tell them about other things he was famous for doing, like helping the poor. I point out to them that St. Nicholas was a real person who loved Jesus and helped others and led the Church. I tell them that Nicholas was the most popular saint of the Middle Ages, and that the stories we tell about Santa Claus (Claus being short for Nicholas) are based upon him.

In this way, I tell no untruths to children, while sidestepping the Santa Claus cult that some people think of such importance. And it is a cult the way some people pursue it. I have seen parents go to extreme lengths to 1) induce belief in Santa, and 2) confirm it with all kinds of trickery. And I have met youth who remembered how hard it was to admit there was no Santa such as their parents told them of. They felt embarrassed to have believed so long. They felt swindled. And then, many of them turned around and did the same to their children. In that way, it's kind of like child abuse; in its extreme forms, it is child abuse.

And I wonder what the consequences for belief in God are for those who were so bamboozled in their childhood about Santa. It would make an interesting research project: a questionnaire asking about belief in Santa and gauging its intensity in the child believer and in the parent promulgators, a questionnaire that would also try to pin down the beliefs of the same children as adults and how hard or easy it was to come to adult faith. For it seems to me that being sold a bill of goods as a child -- not merely observing a tradition, but really being lied to -- would make it hard to trust in those who had misled one when those same authorities now tell you it's time to profess your faith in Christ.

Me, I like St. Nicholas. My last name is even a form of his (Collins). I believe he still lives before the throne of God, and that he prays for us. So, no, I got no quarrel with him. And I enjoy the stories. But sometimes, things go too far, and I think the first responsibility of the parent, the teacher, the pastor is to tell children the truth. Always. 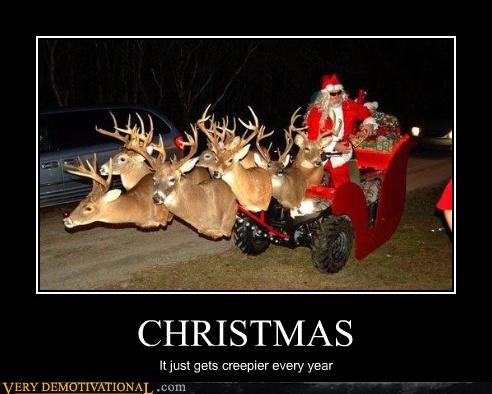 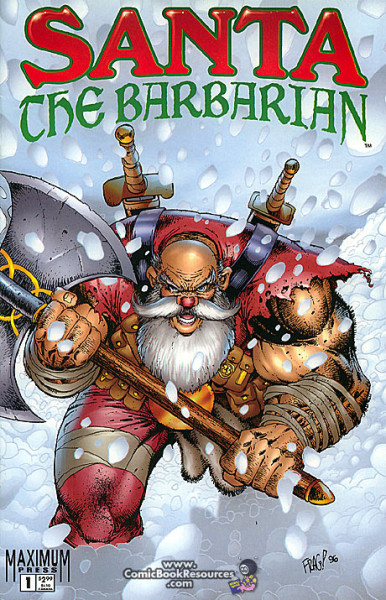 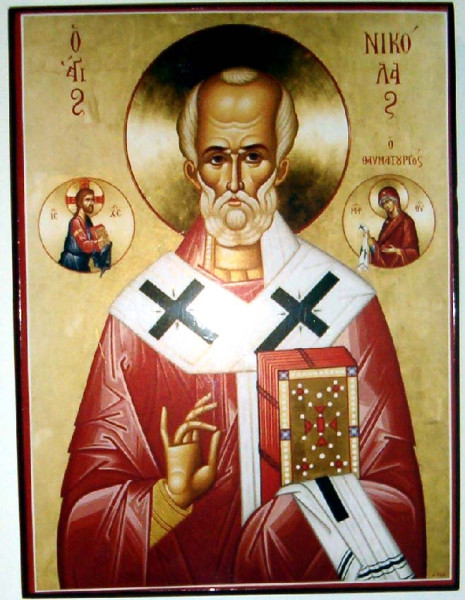 The Real Santa
My guy

So, John Conyers has resigned, and Al Franken may do so soon. Good riddance to both. But if Roy Moore is elected to the Senate next week, what then? Mitch McConnell and the Republicans don't want him around. Will they put him in front of the Ethics Committee and, eventually, expel him? The Senate (and House) have that power over their members, and they have used it on occasion. And certainly, Moore is as scummy as Franken, though perhaps not as corrupt as Conyers (just crazy). In any case, sauce for the goose and all that, right?

I'm not so sure. I'm guessing that if Moore wins, he stays in the Senate, at least until his abbreviated term expires. He will be an albatross around the GOP's neck if that happens, but nevertheless, I think there's something right about it.

Not that there's anything right about Moore himself. I wouldn't vote for him, and I hope that Alabamans won't, either, but . . . if they do, shouldn't their voice be heard? After all, they've heard the worst; if they still want him, who is to say they can't have him?

I am groping (if you'll forgive the expression) for a principle here, and I think the will and wisdom of the voters is what matters. John Conyers is a clear case of corruption in office. His abuse has been carried on all through his career. He deserves the boot. As for someone who committed outrages before assuming office -- and beyond the statute of limitations' power to reach -- well, I'd still boot someone who had covered up his deeds all these years. But what if Franken or Conyers or whoever, instead of merely resigning, had resigned and then gone home to contest the special election? What if a bad apple resigned his seat in order to ask his voters if they still wanted him? And those voters said Yes?

Alcee Hastings was a federal judge. He was impeached by the House for corruption, found guilty by the Senate, and thrown out of office. He then ran for the House of Representatives and won. He now sits on the very Judiciary Committee that once voted Articles of Impeachment against him. And his district continues to re-elect him every two years. Hastings is a crook, but he has been elected to his office -- and the voters' will and wisdom is to be respected, so long as he now behaves himself.

Which means that if Moore wins his election, I predict he will be seated and the Ethics Committee will not recommend his expulsion, because the people of Alabama will have elected him, in full knowledge of all that has gone before. Now, it's an open question whether Roy Moore can last three years without doing something else outrageous enough to get him booted from the Senate, so we'll see. But that's how I see it.

As H.L. Mencken put it, democracy is the idea that the people know what they want, and they deserve to get it good and hard. But the alternative is to say someone else knows better than they do, and will not let them decide. And the name for that is tyranny.
Collapse