I bought a flag and pole set in order to display the colors on holidays. Today, I installed the bracket on one of the pillars of the porch. Then, I set out to mount the flag. The flag provided had a sewn sleeve at the hoist end in order to go around the pole. This would be fine when the flag was displayed horizontally, but when displayed as shown, there being no grommets in the flag nor any other way to secure it to the pole, it would fall down and bunch around the base.

Now, I happened to have another flag of the same size on hand that has lain folded on a shelf in my garage for some years. I think it predates Crew 119, which was founded nine years ago, or perhaps I bought it soon after starting that Crew. Anyway, it was about as brand-new as the one that came with the pole. And, of course, it had metal grommets on the hoist. A little cotton paracord and a couple of safety pins later, et voilá -- I have a flag flying in the breeze. 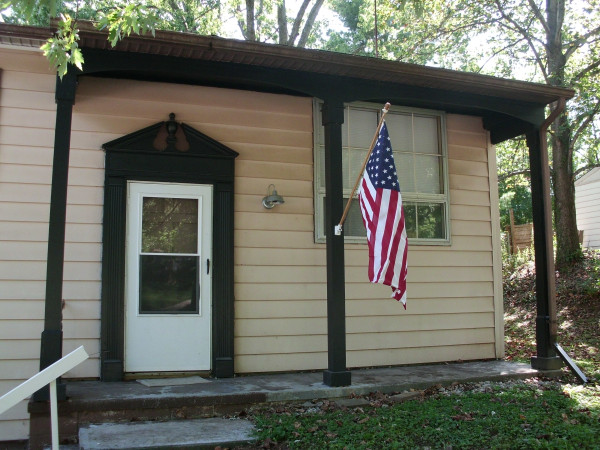