Just got back from a quick overnight trip to Wilderstead. Brought back a few block to complete the firepit in the backyard here at Tapp Rd.

Now, I need to plan a cookout. 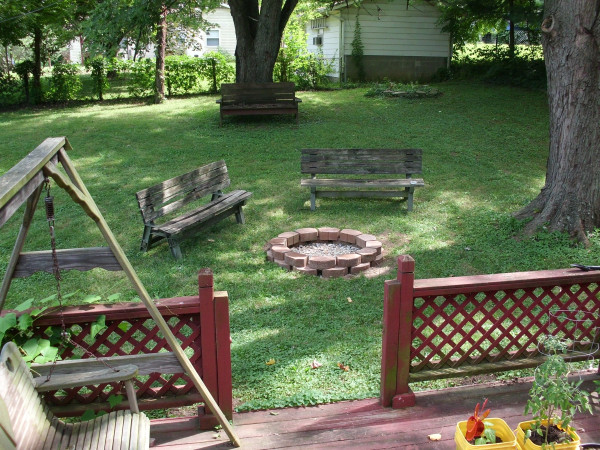 New firepit
Ready for use

I'm currently re-reading The Hobbit. I promised myself that after I retired, I would read The Hobbit and The Lord of the Rings again. I haven't read them for several years.

That said, I have lost count of the actual number of times I've read them all the way through: something over fifty times at least. I first started reading LOTR fifty years ago this summer. It changed my life -- aesthetically, but also spiritually. Aesthetically, I went from a Middle Schooler in love with classical literature, intent on learning Latin, to someone haunted by what C.S. Lewis called "Northerness." My lifelong love affair with ancient English history and literature began there.

But, spiritually, Tolkien's fiction moved me deeply. I didn't know what I'd encountered, but I wanted more of it. Something great and noble and heart-breaking had a-hold of me. As a church orphan starved for something I couldn't identify, I recognized echoes of it here.

I finally realized that repeated re-readings were interfering with my enjoyment of the story. I had read the story so often that when I read, I now had the story playing in my head, moving at a different speed from my eyes tracking the lines on the page. I had to step back. Now, I only re-read the tale on selected occasions, and I block out time to pay close attention. It's like a literary pilgrimage for me, a homecoming of sorts.

Still, my youthful over-reading had its uses. When I went off to grad school to start my PhD, I had to pass two research proficiencies. One could be a foreign language. So, I determined to take the German language test my first semester back in school. It had been thirteen years since I had taken German as an undergraduate. In order to polish my skills back up, I ordered the German language translation of The Lord of the Rings -- Der Herr der Ringe -- from the publisher in Stuttgart. I spent all summer trying to hack my way through as much as I could. I read rapidly, without looking up unknown words. Since I had the English text playing like a tape in my head, it was almost as if I had an interlinear edition. It helped greatly, and I passed my German proficiency exam on schedule. : )

When Fred Curry, my best friend from my youth, died unexpectedly a few years ago, his daughters invited those attending his passing party to write notes concerning Fred and place them in a jar. They were discombobulated when they found mine. It was written in Elvish Tengwar script, which I had taught myself as a teenager. They couldn't make heads or tails of it, but I knew Fred could have. It read, Elen sila lumenn omentielvo. Namarie! Translated from the original Elvish, that means, "A star shines on the hour of our meeting. Farewell!"
Collapse