A small group from our happy Crew went up to the Feast of the Hunter's Moon to spend today. Kara, T.J., Brad, and I left shortly after 7:00 a.m. for West Lafayette, and returned twelve hours later. The weather held for the most part, and we enjoyed touring this event.

The Feast of the Hunter's Moon celebrates the founding of Fort Ouiatenon in 1714 by the French, just across from a large Native American village on the other side of the Wabash River. Fort Ouiatenon was the southernmost French trading post in North America.

There were lots of re-enactors, lots of displays and events, lots of stuff for sale, lots of interesting food. We met some old friends. We learned some new things. It was a good day. So, why should you consider attending the Feast of the Hunter's Moon next October? Well, here are some things you can expect to see there. 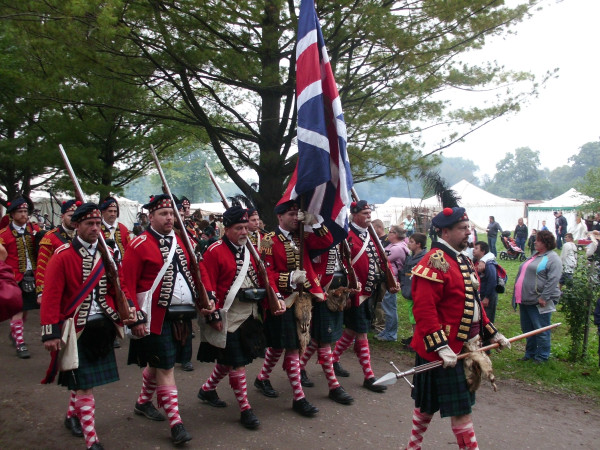 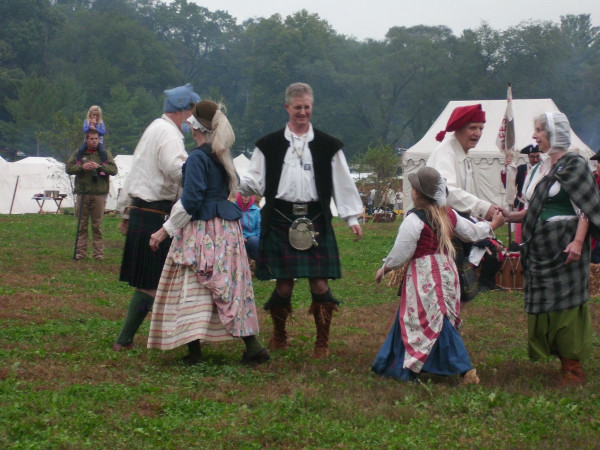 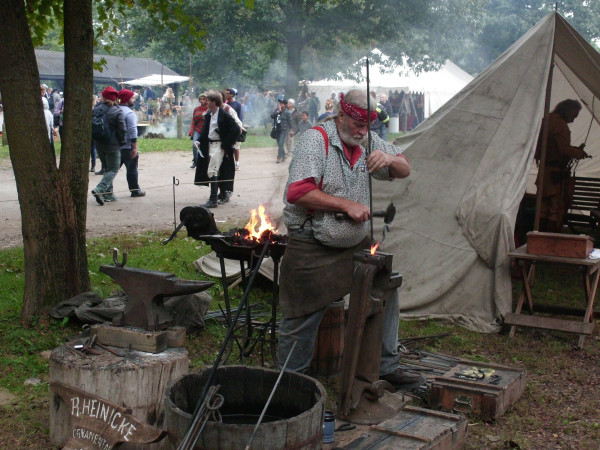 Craftsmanship
The smith, a mighty man is he... 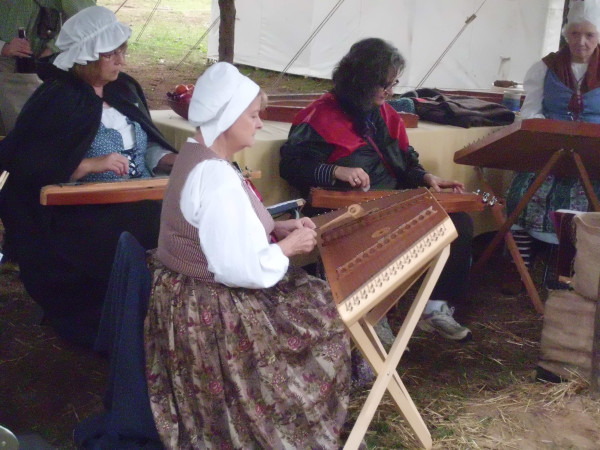 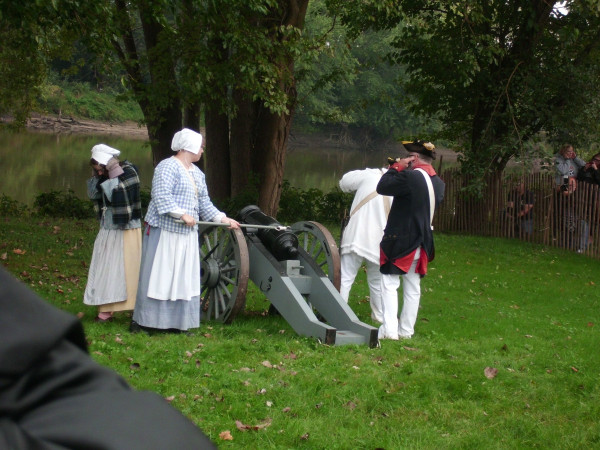