The time has come to make another batch of my signature Scotch Barbecue Sauce. I usually make a triple batch, because it's a pain to make this -- and besides, I keep giving it away.

The recipe is simple. It yields a nice sauce with just enough heat, just enough sweeetness, just enough smoke. It adds greatly to brisket or pulled pork (or whatever), but the taste doesn't linger after you're finished with the dish.

The secret ingredient is a young single malt Islay-style Scotch whisky. This gives a nice smokiness to the sauce and an underlying barley strength. The alcohol mostly cooks off. The only other out of the ordinary thing is my use of apples as a sweetener. Raw sugar is the usual sweetener in BBQ sauces, and they come out harsh. The apples add a smoother sweetness, as well as some pulp that affects the final texture of the sauce.

Anyway, here's the process up to now. Sweating it out
Garlic and onions begin the parade 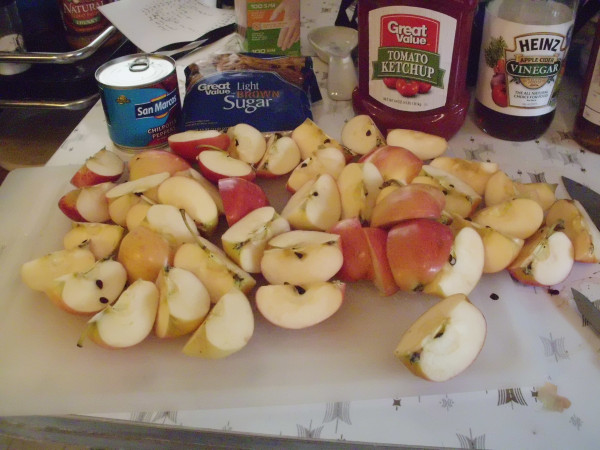 Apples in process
For sweetness and thickening 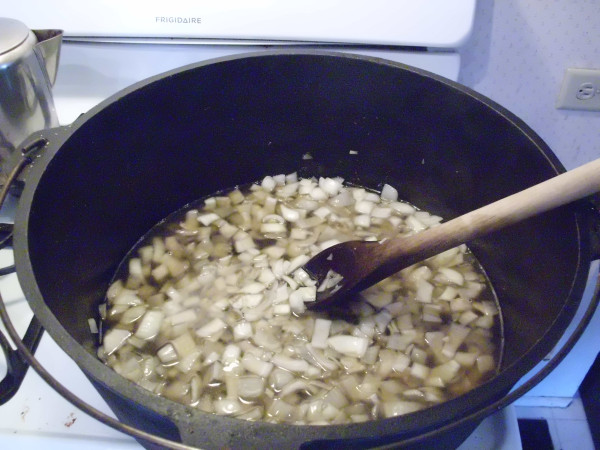 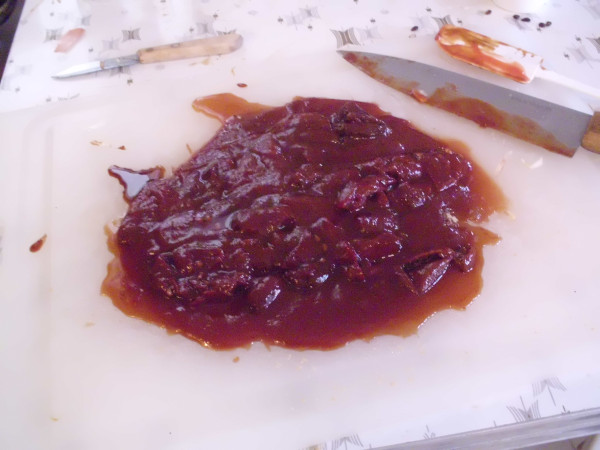 Everybody into the pool
The remaining ingredients are added

The sauce will now simmer on the stove top for the next hour. It will be a rich, reddish mahogany color when it's done. More pix to follow.

So, how did I get into this? I mean, who'd'a thunk of using Scotch in a barbecue sauce? Well, it all happened years ago when I came into possession of a $90 bottle of Laphroaig. It was a full 18 years old, which made it smooth as could be, but being from the western Isles, it was also unbelievably smoky. Too smoky for me. I thought it was a shame to waste a $90 bottle of anything, so I cast about for some other use for this whisky than holiday toasts. In a flash of perverse insight, I decided it would make a good base for a barbecue sauce. My first batch made with the Laphroaig was okay, but needed a little sweetening. So I added apples for a smoother sweetness. The pulpiness of the apples thickening the sauce was a bonus. And there we are.

And now that intermission is over, let's get back to the show. Blending in
All the cool guys drive a stick (blender) 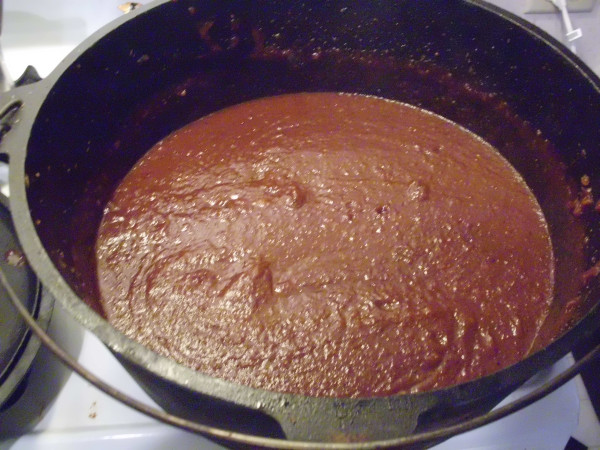 A jarring sight
Divvying up the swag In addition to our own use, I make this for dinners we host, for the Scouts' Winter Rendezvous, to give away as gifts, etc. I made the original recipe for a modest batch, but I find it's easier to make a triple batch at a time. Herewith is the recipe.

Add remaining ingredients. Bring to a boil. Drop heat to low, cover and simmer for 1 hour. Stir occasionally to keep from sticking.

Puree sauce (I use a stick blender). You can chill and serve or can the product. Makes about 3 pints (9 pints for triple recipe).
Collapse