This pic was taken of me at the INCM Missions Dinner Sunday evening. I like it.

That's rare for me, since I like so few pictures of myself. But it also reminds me of something from my personal bucket list. Zach Randall and I once talked about forming a musical group, to be called "The Endless Campfire." We saw ourselves performing old folk songs and Scout tunes, probably in low-end establishments where the customers would be inclined to be tolerant of our limited talents. (My voice is okay, but I'm not much of a guitarist; Zach can't sing, but he fools around on a mandolin.)

But then I stumbled across something called The Northumbrian Priests Law, which laid out professional expectations for clergy in the Archdiocese of York from around a thousand years ago. Given the times, Archbishop Wulfstan didn't expect too much from his clergy, but they had to shave regularly, and they were not to perform as "ale minstrels." Drat. 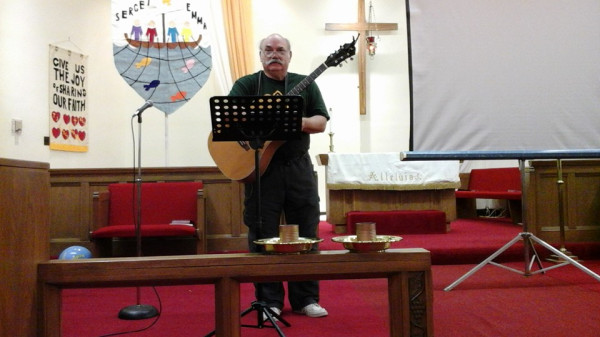