So, some people are apparently complaining that this military medal awarded to those participating in the campaign against ISIS shows a mailed fist, which in their view is a visual reference to Crusader knights, which plays into ISIS's narrative about the West, yada yada, yackety schmackety. 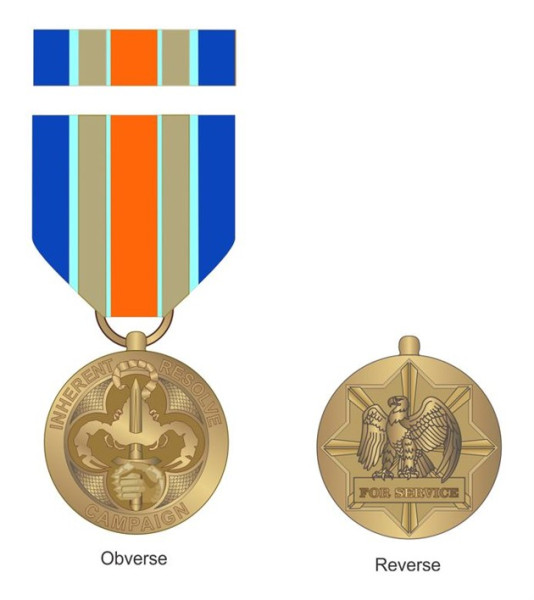 But look closely at the scorpion being impaled by the sword. To my mind, it recalls the crab, dynastic symbol of King Gorice XII of Witchland, in E.R. Eddison's 1922 fantasy, The Worm Ouroboros, which I read in my teens in the Ballantine paperback edition. 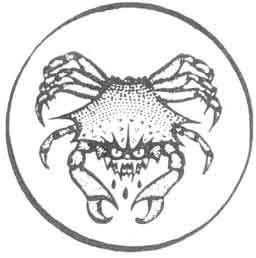 So, we're not recalling Richard III and the Crusaders. Someone at the Pentagon is channeling Lord Brandoch Daha and the genteel warriors of Demonland. Brandoch Daha was the greatest swordsman of his generation, who killed King Gorice X in personal combat. As it said over the doors of his castle at Krothering,

Ye braggarts and a'
Be feared and awa'
Frae Brandoch Daha.

I can live with that.

Someone wished me a "blessed day" (pronounced blest) recently. I've noticed this pronunciation is becoming more and more common. When I've occasionally asked friends who do this, they tell me that the pronunciation blesséd is old-fashioned to the point of affectation. It seems more a matter of euphony to me. There are times when two syllables sound better than one.

For instance, I would always use a single syllable as a past tense: Then he blest him. On the other hand, usage has long hallowed the expressions every blesséd one of them and when is the blesséd event? No doubt some folks would say blest in every case.

But then, what about these words? What about cursed and its down market cousin, cussed, not to mention the derivative accursed. How would you pronounce the following: I cursed him. Grab the cussed/cursed thing and let's go! He is known as The Accursed. How about deuced in That's a deuced hard thing to do. In the old movie line, how do you hear the Indian say, White man speak with forked tongue?

For that matter, we say aged cheese but an agéd man -- or do we? Do we not occasionally slip an extra syllable into supposed -- especially when we turn it into supposedly?

And then there are the -ed words built out of archaic verbs we no longer use, words like jagged, ragged, and rugged. And, of course, naked. I could say that some is nak'd, but nobody does; no, it's always nakéd, from Old English nacod, past participle of nacon, "to strip bare."

I'm sure I could dig out more examples when those who are sticklers for blest pronounce the -ed as an extra syllable, but these should suffice. In the meantime, y'all have a blesséd day, ya hear?
Collapse