Forty-two years ago (December 31, 1973), Deanne and I said our vows in a little church in the country outside West Lafayette, Indiana. We were very young: I was twenty and she was nineteen. We were in a hurry. We were both in college. We hadn’t known each other long (we dated for two weeks before I asked her to marry me; we were married nine months later). Our families ranged from boggled to opposed. A major snow storm hit the evening before the wedding. Most of the guests were unable to attend. Only about twenty-four people struggled through the snow to get there. It was an inauspicious start on married life.

We did so many things backwards; we were a walking divorce statistic waiting to happen. And yet, despite living a pressure-cooker life in many ways, we have succeeded where so many others have failed. That is not a tribute to us, particularly, unless you count stubbornness as a positive personality trait. Better to call it faithfulness. Years ago, when Deanne was going through a long and terrible time with repeated hospitalizations, I gave her a book: Horton Hatches the Egg. She didn’t understand the meaning at the time, but it was my way of telling her, in Horton’s words, “I meant what I said and I said what I meant. An elephant’s faithful one hundred percent.”

So we have grown together and supported each other. We have sacrificed for each other. We respect each other. And we practice our faith in Christ. Love changes as it matures. You have to stick with it and work on it and be open to the changes as they come. My dream is for us to grow old together. I told Deanne that I have to make it to at least ninety-five – and she to ninety-four – so we can dance at our 75th Anniversary party.

Assuming by then we learn how to dance. 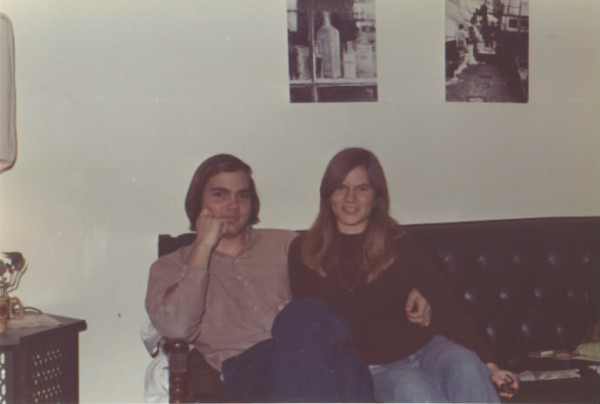