Ellettsville Main Street, Inc., put on another great Santa on Sale Street event today. There was breakfast at the Masonic hall, with crafts for everyone to do. Santa arrived on an EFD ladder truck. Elves roamed the streets in broad daylight. A choir caroled us with songs. (Well, I say "caroled," but the selections were all from your modern, secular, used-to-be-winter-before-global-warming-made-us-all-sad holiday festival. Still, they were festive and well sung.) Speaking of "used to be winter," I was wearing a t-shirt and no hat outdoors. Temperature was in the 60s. A confused rabbit with colored eggs had to be told he was a little ahead of schedule. 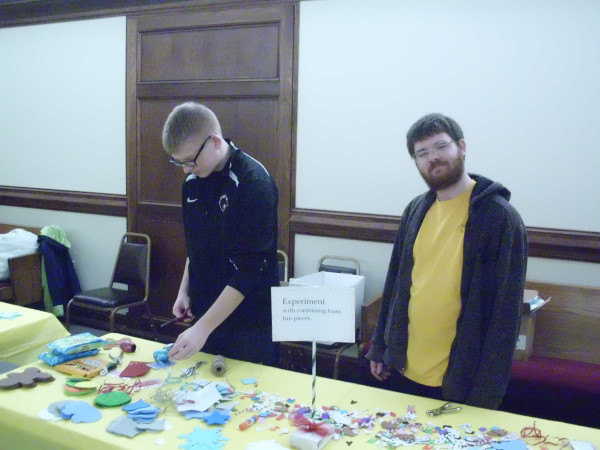 Santa was short on elves so he began hiring gnomes
Zach and T.J. say, "Some assembly required." 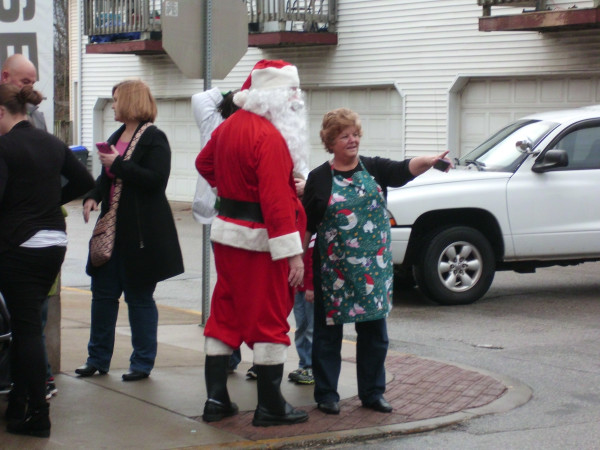 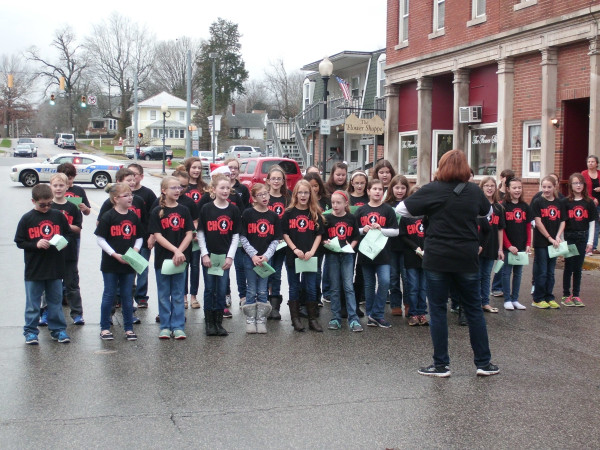 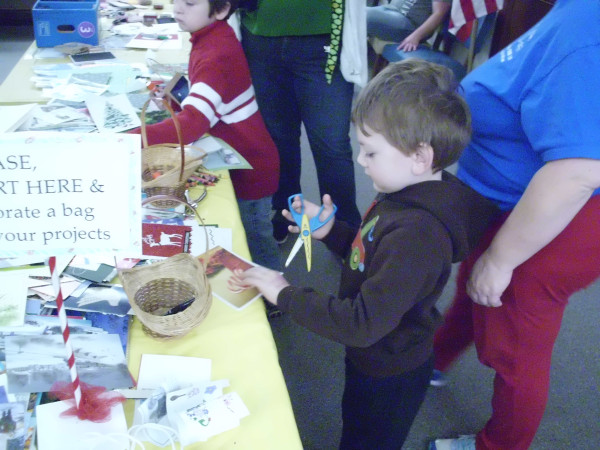