Nine days until our happy Crew hits the road to points East and North.

This is one of my favorite pics of me. I'd forgotten that I had the Ranger take it of me after I topped Mt. Marcy on a vacation trip some years ago. In 2004, Crew 699 failed to summit Marcy while on a backpacking trek. I returned by myself in 2007 and bagged the peak.

Actually, I designed a three-year Continuing Education program I called "Missed Mountains" (as opposed to the Misty Mountains, which are in Middle-earth). After moving to Ellettsville in 2006, I was (for a while) no longer Venturing. And I remembered three separate Venturing treks/trips in which, for one reason or another, I/we had failed to reach the top of a mountain. So, in 2007, I went back and bagged Mt. Marcy. In 2008, I finally topped Wheeler Peak (which just about did me in). And in 2009, I took a solo trip to Great Britain and climbed Scafell Pike and Ben Nevis all the way to the top for the first time. And I used Conference and local church Continuing Education funds to help with the costs. 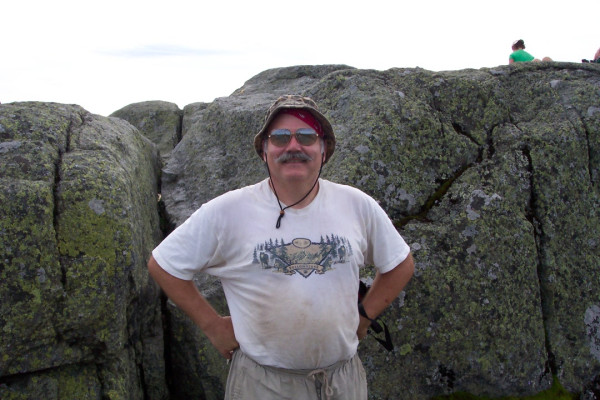