Christ is risen!
He is risen, indeed.

C.S. Lewis wrote a little book called An Experiment in Criticism about literature. I did my own experiment in criticism this afternoon on a different subject: Film.

There was this Facebook meme about the "25 highest-rated movies of all time." I thought that might be interesting to look at. Without telling you what actual films were judged on IMDb.com as the best in all of movie history, I invite you to consider the top 25 simply on the basis of the decade they were released in.

What this tells me, right away, is that the community of "critics" rating films on IMDb.com were mostly teenagers and young adults in the 1990s. These are the movies that blew them away back then, plus a few others they've seen on TV or read about as important. They are far enough in the past that they seem like giant mileposts in the history of cinema, but actually, they are of fairly recent vintage. Those rating the movies don't really know much about what came before their time. They know little of the ground-breaking movies of the early days, and nothing about the blockbusters of, say the 1930s (The Wizard of Oz, Gone With The Wind, Stagecoach, Mr. Smith Goes to Washington, and Good-bye, Mr. Chips are all from a single year in that decade).

So, this is an example of what C.S. Lewis called "chronological snobbery" -- meaning, the ignorance displayed by those who only know what they personally have experienced, and who take the ideas of their own age as the sum of all human wisdom.

Now for something more disturbing to think about: This is also how people make up their minds about politics, religion, philosophy, law, ethics. Most of what is trumpeted as the best of human thinking will always be whatever was current at a certain time in the speaker's life. It takes real study, real breadth of experience, to see beyond the Spirit of the Age and value things properly against the whole sweep of human thought and experience. 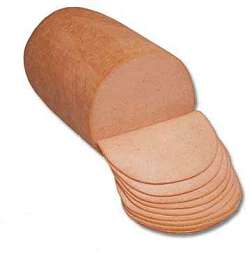 I played for the Sunrise Service. The youth led the service. As usual when I am the principal organist, I placed my little stuffed monkey on the console. He is named for Guido of Arezzo and makes a chittering noise when you squeeze his tummy.

I bought him years ago when the Spurgeon UMC was dithering over buying a new organ. They eventually decided not to, but before they sent it back, I decided to show them what it could do. I played Christmas carols on it. And I told them, with a deadpan delivery, that there are two schools of organ playing among professional organists, known colloquially as the "with" and the "without" school, depending on whether one plays with or without the monkey. Nobody laughed. So the next week, I showed up with Guido and told the same joke again. Nobody laughed then, either. "Tough room," was all I could say.

He is a reminder to me that I am only an accompanist of last resort. As much as I love music, I can only do so much, and I don't really have the time to stay in practice even to the level I once attained. I'm not an organist, just an organ grinder. But such as I am, I will serve God with what I've got. Guido keeps me humble. 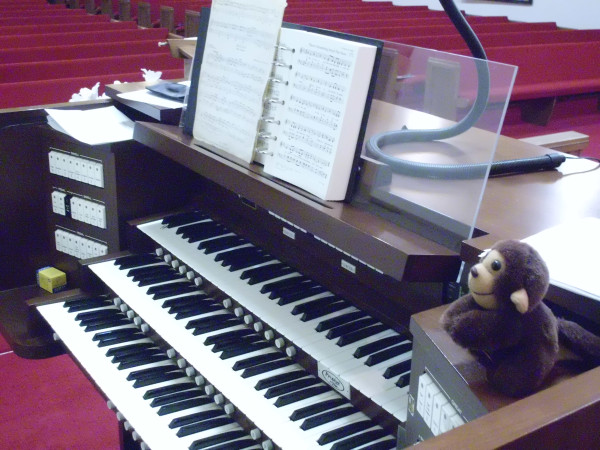