Anna and the grandcubs came to visit for a couple nights, just to get out of Dodge. We enjoyed having them. Here are a couple of pix for you. 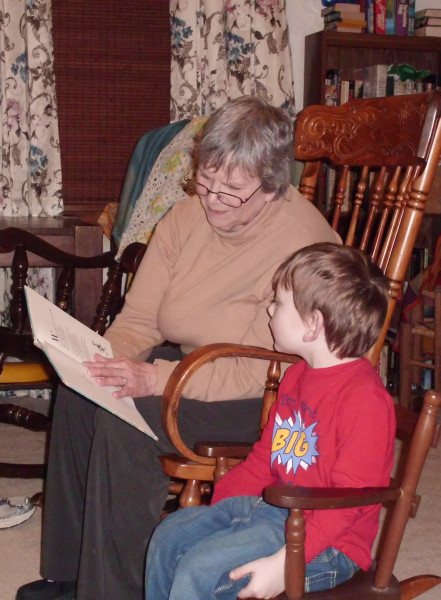 We both grew up in bookish households. We passed a love of books on to our children. Now, we get to read with our grandchildren. Everybody loves books. 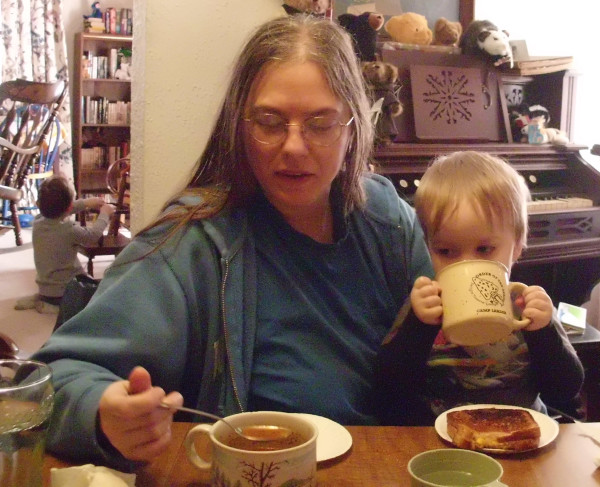 James is fond of soup. And everyone likes a good Grilled Cheese. Daniel is learning to help make breakfast. Food is love. And so are books.

Once upon a time, someone who fell asleep in public and had her picture published in the news -- as Justice Ginsburg did at the State of the Union -- would be embarrassed. She would make a little excuse. "I'm 81 years old," she might say, "and at that age, I find it difficult to stay up and maintain my concentration through a long, boring speech." And we would all say, well, okay, because, after all, we make allowances for 81-year-old ladies.

But instead, Justice Ginsburg lightly passed off her dozing by saying that she "wasn't 100 percent sober." She'd had too much wine at dinner, she said. And we're supposed to think that's better? Time was, when even a hint that someone was the worse for wear in that way would bring down cascades of shame and condemnation. Andrew Johnson had been drinking whiskey for a cold before his inauguration as Vice-President and slurred his words a bit. It was a public scandal. President Lincoln had to tell people that Johnson wasn't a drunkard.

What does it say about Ruth Bader Ginsburg -- what does it say about us -- that it is more acceptable to be drunk (or at least, tipsy) in public that to be showing your age? Is she afraid that if she admits she's old, people will think she's no longer up to the job of being a Supreme Court Justice? Meanwhile, I don't care how old people are, but I think people who get drunk in public aren't fit to be Justices of the Court.
Collapse