There's a lot of scaremongering out amongst the intertubes concerning calling a Convention of the States to propose amendments to the U.S. Constitution. (Three State legislatures have already called for such a Convention; if two-thirds of the States call for it, it will happen.) This method has not been tried since the ratification of the Constitution, but it's always been available. The scaremongers fear that it could take off and propose, well, anything. And given some people's stated desire to do away with various constitutional protections, I can understand that. (Mind you, none of those calling for such a Convention are trying to do away with any rights or protections, but there are those in society who would favor various dubious ideas.)

I think they're right to be concerned; after all, it's happened before. The Constitutional Convention in Philadelphia was called merely to propose amendments to the Articles of Confederation and wound up creating an entirely new scheme of government. In effect, the Constitution was a great, big, amendment-by-replacement to the Articles of Confederation (the only Article not repealed was apparently Article I, which named our country "The United States of America"). We were fortunate to have the galaxy of talent and wisdom on hand that wrote our Constitution. We could so easily have come up with a patch instead of a fix and seen the U.S. degenerate into more chaos; we could have become a "failed state," as they call them these days.

But, look here. The only reason we have people trying to call a Convention of the States under Article V is because of the pig-headedness of our governmental elites. Many of them know what we need to do, but steadfastly refuse to do it because it might cause them to lose an election. Others don't care that we're going broke and letting the Administration break the law and watching judges decree whatever their bored folly desires, etc.. So, if the government won't act in a responsible manner, what other options are available to the people, short of the violent overthrow of the fools in power -- along with, perhaps, the very structures they infest? A Convention of the States might be a roll of the dice, but that sounds less risky to me than some of the other of our increasingly limited options.

I'm for trying any orderly process to avert catastrophe and make our government accountable. I'd prefer doing that by elections, but if that doesn't work, I'd back a Convention of the States. 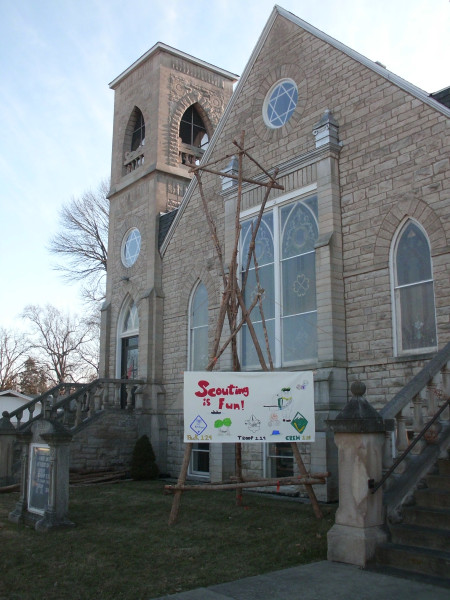 Yes, it is
Collapse