But Cooper Union has always been presented to me, whether in class or textbook or history special on TV, as an event. Part of the contest between the sections, part of the horse race which is the presidential campaign process. Everyone has said what an important speech it was. But I had never read it, nor heard a quote from it.

So, I finally looked it up on line and read it. It is an amazing speech. I can see why people don't quote it, because it is packed with legal and historical detail that makes it hard to condense into tags and slogans. It has no stories. It is very closely reasoned. And it is absolutely devastating. Lincoln shreds the slavery party with their own words.

I remember I had almost the same reaction when I read one of Lincoln's actual texts in his debates with Douglas. He had a lawyer's mind. He cited facts, he made a case. And I thought, reading Lincoln is so much more satisfying than reading about Lincoln.

So much of our education in history is a turgid recapitulation of previous eras in the light of what we presume is our better understanding of them. We don't spend much time dealing with original sources. And even those historians and teachers I have had who considered original sources to be important were more interested in having us read diaries of ordinary housewives and soldiers rather than the speeches and letters of those who were addressing the nation as a whole, who had direct influence on events. This only substitutes reading those folks' opinions of Lincoln (say) from the textbook authors' opinions of Lincoln. Interesting stuff, to be sure, but still -- it is more reading about Lincoln, rather than directly reading Lincoln.

It makes me wonder if the textbook authors and documentary makers and historians weren't a wee bit concerned that if we encountered the actual Lincoln, we might decide we agreed with him, rather than with their portrait of him. And the same might be true of Washington, and of many another. Not only that, but we might apply Lincoln's reasoning to other controversies of our own day and choose a side the commentators and historians don't approve of. It is a liberating thing, in many ways, to read the actual words of the man himself. 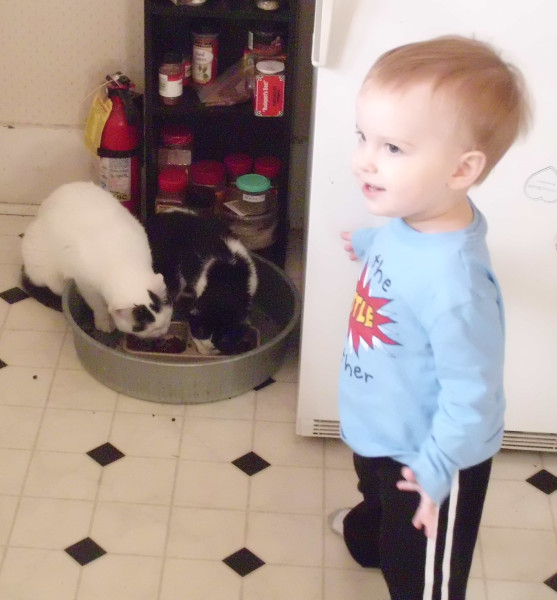