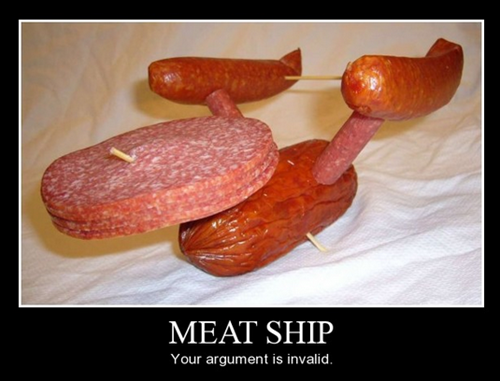 Sci Fi: It's not all bologna.

I met somebody this weekend who knew that I was involved in Scouting ministry. She was surprised when I couldn't speak definitively to some of the things she was asking about; but you see, I'm not in charge any more. Yes, I was President of NAUMS -- and that put me on several other boards and agencies -- but I stepped down from all that at the end of the last quadrennium. Yes, I was Conference Coordinator of CYSA/Scouting Ministries, but that was many years ago. Yes, I am still involved in many things on many levels of Scouting ministry, but I'm not the head of any of them. I'm largely supenumerary, as we used to put it -- if not, indeed, superannuated.

That doesn't mean I have no information or influence on what's happening, but I'm always careful to distinguish between my personal understanding of things and what the official policies or announced goals -- if any -- of some organization or officer are. Still, people know my connections -- indeed, I may be the only person they know who has been/is so involved in Scouting ministry -- and so, they ask me about stuff. All the time. I do my best to tell them what they want to know. I also try to speak well of everybody else involved in our ministry, and speak in positive terms of what the Conference, or the denomination, or NAUMS, or whoever is trying to accomplish. If situations warrant, of course, I do not mince words -- and I know where the bodies are buried -- but the Scriptures also say our conversations should be gracious, seasoned with salt (Col. 4:6). So I do my best to not only tell the truth, but give people a good impression of our ministry.

So, to sum up what I'm talking about, in the field of Scouting ministry, I have enormous personal authority, but I no longer have much positional authority. That's an important distinction, and it applies in all sorts of ways in our lives.

Every congregation has people who are leaders, who have held the trust of the congregation over many years and in many ways, but who no longer hold an office in the church. These folks have no positional authority any longer -- they aren't in charge of anything -- but they didn't stop being leaders just because they left office. The congregation has put their trust in them. They will always be leaders. Their opinions will always count. And because they retain their personal authority, it's important that they use their influence in helpful ways. They are there to encourage others, to give permission to those who have responsibility to try new things. They can share their wisdom. In serious cases, they can, and should, warn folks about dangers up ahead, but they have to be careful not to become "aginners."

The difference between personal authority and positional authority also explains why a lot of folks fail at getting the congregation (or club, or troop, or corporation) to do what they want it to do. They finally get put in charge of something, and they think that now they're the boss, and they can simply decree how things will be. But leadership isn't like driving cattle. No one elected you king. You have to build consensus for the things who want to do. You have to explain and inspire and demonstrate. It takes time to get people on board. G.K. Chesterton said that sometimes, after long deliberation, people can be persuaded to act on a new idea; people will only act quickly on an old idea.

The crew we took to Philmont in 2000 was the most experienced crew I have ever taken anywhere. There were four adults and four youth. Four females and four males. Four Philmont veterans and four newbies. We'd been together for long enough to know each other very well. But then, to my astonishment, the youth elected the youngest, least experienced person in the crew -- 14 year old Madison -- to be our crew leader. I was worried. She was shy, she was young, she was inexperienced. So now she had lots of positional authority and zero personal authority. This could easily be a problem, since the experienced 'packers could simply ignore her or run over her.

But it didn't turn out that way. All of the experienced youth pushed her forward and supported her in her leadership. When it came time to set up camp, instead of just doing what they were used to doing, they asked, "Where do you want it?" When she returned from a crew leaders' meeting to tell us what we had to do, people listened to her instead of talking over her. They deferred to her. They believed in her. They used their experience as leaders to be the best followers they could be. And she became the leader she was elected to be.

There is an interplay between the leader and the group. In some ways, the leader makes the group -- it forms in response to his or her vision. But in other ways, the group makes the leader -- it is their belief in him or her that gives the authority to lead them. But there is also an important interplay between the leaders of the past and the leaders of the future. Those who hold the trust of the group and have demonstrated effectiveness in the past have to mentor those who are in the process of acquiring experience in leading the group and who will be our leaders into the future.

Some time ago, someone asked me something about Pat Robertson. I replied, "I confess with all my heart that Pat Robertson is my brother in Jesus Christ . . . which doesn't mean that he's not batsh*t crazy."

I feel the same way about Pope Francis.

Hera is in her last days. Deanne took her to the vet today, who confirmed my suspicions. Nothing is passing through her body. She eats ravenously, but cannot digest it, and so eventually throws it all up. Her coat shows a lack of luster. So, we have set aside a day next week to take her on her last journey. From the vet, I will take her to Wilderstead and lay her to rest next to Fuji, Cuthbert, and Sassy.

She was diagnosed with her disease in September of 2013, so she has lived -- and mostly thrived -- for 16 months after we knew she wouldn't really recover. For every one of those days, we give thanks to God. It may seem odd that I speak of our prayers for a cat, amidst so many tragic events in which human beings are lost. But there are no small loves; every circle is infinite, whatever its size. Properly understood, our love for our pets teaches us both to thank God and love people. 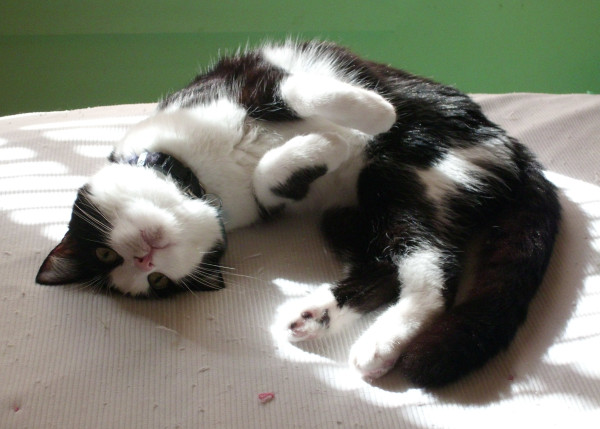