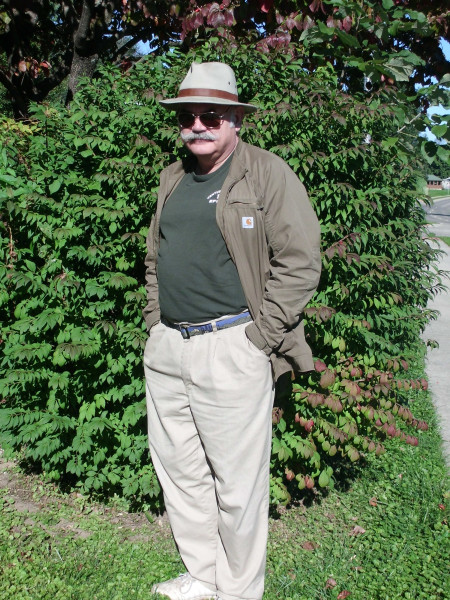 Ninja Druid lurking in the bushes

Philmont Scout Ranch has digitized all their crew pix back to 1988 and put them online. I have my originals somewhere, but I managed to find these on the online archive. I post them both for sentimental reasons and to note how some of us have aged in our life of adventure. So, here are the crews from my five Philmont treks.

Standing: Art Collins (me, in the red beret), Advisor; Deanne Collins, adult; Roger Fehling, adult, an old Scout who finally got to Philmont with us.

I had lucked into an open reservation for a trek, and we formed an Explorer Post expressly to go to Philmont. Deanne and Ben built a snowman on the shoulder of Baldy on the first day of summer.

Deanne and I took six boys and four girls in two vehicles. It rained almost every day on the trail. One of the toughest treks I've ever taken, anywhere. The highlight was summitting Mt. Phillips.

We had four adults and four youth, four veterans and four newbies, four males and four females. We were perfectly balanced, and for once, everything worked like the Scouts say it should. We faced extreme weather and the wilds of the Valle Vidal. Our crew leader was the youngest of the crew and the others made her into a great leader. 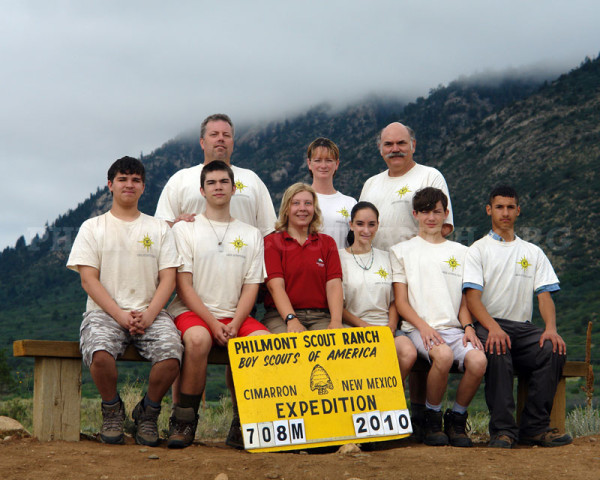 I returned to the Philmont backountry after ten years with my new Crew. We went under the auspices of The UMC; our trek was organized by NAUMS. Highlight: Mt. Phillips. 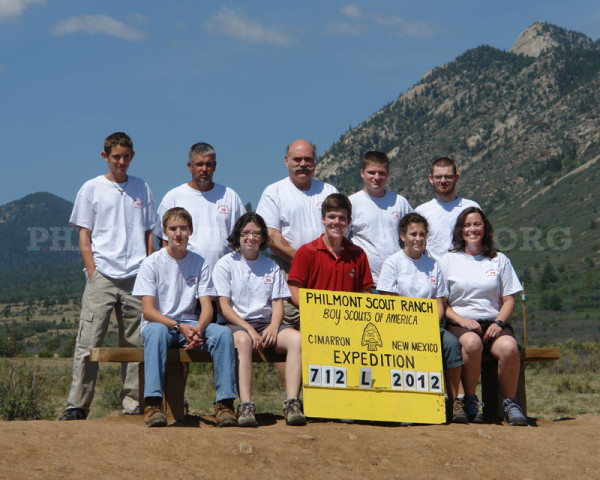 Once again, our happy Crew returned to Philmont under the auspices of The UMC/NAUMS. The highlight of the trek for me was summitting Baldy again (my third time to the top). At 87 miles, my longest Philmont trek.
Collapse