My newsletter column for September

Following the death of Robin Williams, a lot has been said on the subject of depression. Depression hurts. People gripped by depression are often prone to thoughts of suicide. Some act on those thoughts. To have raised our awareness of this subject is an important thing, and I am glad that the aftermath of Williams’ death has brought forth a sympathetic conversation on this subject.

However, for all the sympathetic discussion, many commenters have mis-identified what Williams was actually suffering from. Only a few have pointed out that he had Bipolar Disorder, sometimes called Manic-Depressive Illness. And while depression hurts the same, whether it comes from Bipolar Disorder or Clinical Depression, there are significant differences.

One significant difference is that people don’t understand what Bipolar Disorder is. TV crime shows toss around “bipolar” as an all-purpose diagnosis for those who are violently crazy. This is a great disservice. Bipolar Disorder isn’t “crazy” in the sense of being dissociative or filled with rage, though bipolar people may also suffer from those problems, as may others with different underlying disorders.

Bipolarity has been described as “the roller-coaster.” We all have ups and downs, of course, but Bipolar sufferers have more extreme ups and/or downs. And they tend to run on a cycle. Some have extreme ups and extreme downs; others have only moderate swings one way, but extreme swings in the other direction. Some have long cycles and some have short cycles: the amount of time between swings varies individually, as does the amount of time spent on a high or a low. A lot of Bipolar sufferers will have an intense, escalating high that is followed by a terrible crash. Some bipolar folks in their manic, or “up,” part of their cycle will be extremely competent, life of the party, build-a-company-from-scratch types. Then comes the crash, when they can barely get out of bed, sometimes for weeks at a time. Highly impulsive behavior can be succeeded by an inability to make any decision at all.

Both Depressed and Bipolar people often self-medicate with drugs or alcohol. Which means that someone suffering from addiction has to first, stop using one’s drug of choice, then try to figure out what one is actually suffering from, and then start the long trial-and-error process of figuring out what works to help with one’s individual symptoms. And if one is bipolar, one has to figure out one’s cycle even as one is tampering with it, trying to find a therapy that works. It can take years to figure it all out.

But it’s worth it. Whether it’s Depression or Bipolar Disorder, don’t give up. Even if you don’t know what “normal” feels like, keep going. Hold onto your family and hold onto God’s hand. There may not be a life “after” or “without” either disease, but there is life beyond the disease. You can live a life that is not dominated by the pain no one else sees. I promise. 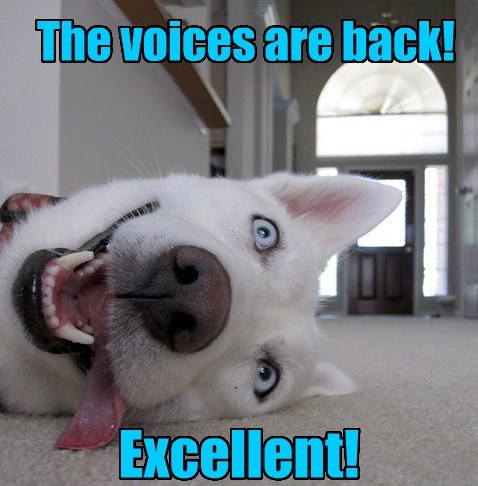