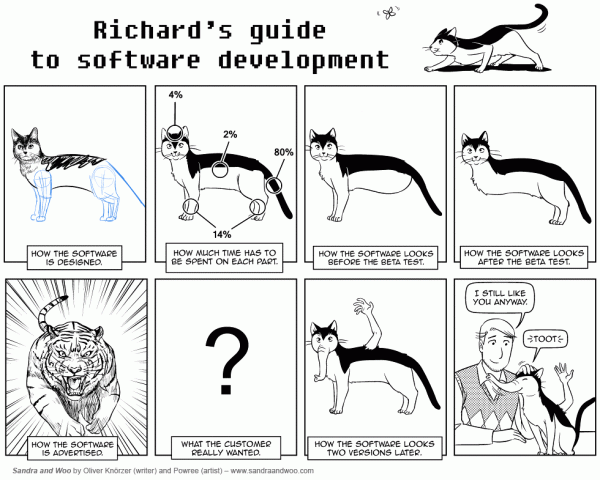 Meanwhile, remember that the Windows OS is like the Star Trek movie franchise: good releases alternate with crappy ones.

So, do I just criticize President Obama because I see everything through a political prism? Or worse, because I am somehow a racist for opposing a black President? No. I have three specific criticisms of the President.

First, I disagree with his policies. Okay, he won election (and re-election), so my policy choices didn't prevail. That said, the President can't just declare his policies enacted. He has to work with Congress, each member of which also won election, and which has certain duties and prerogatives -- and with the various States, all of which have Governors and legislatures who also won election. Governing is ultimately different from campaigning. Winning an election only gives you the best position to build the consensus it takes to get something done. So we conservatives, who think many of Obama's ideas are truly awful, are within our rights and acting as good citizens to oppose his policies insofar as we think them ill-advised or damaging to the country. As Disraeli said, the first duty of an Opposition is to oppose. In the end, that will either prevent bad policies from being enacted or cause them to be improved in order to gain enough support to be passed.

Beyond matters of policy, however, I think that President Obama has acted lawlessly, faithlessly, and recklessly in domestic affairs. Whether one agrees with his policy goals or not, he has acted in pursuit of them in a way and to a degree that no President, however high-handed, has ever done before. He ought to be impeached and removed from office for his abuse of power; however, the Republicans in Congress realize that to attempt to do so would be both futile and result in changing the focus from Obama's actions to theirs, so that's not going to happen. The best anybody can do is to struggle to limit the damage this guy is going to inflict in the next three years. From the domestic point of view, it would be better if he just played golf until his successor is inaugurated; he would do less harm to the country.

Unfortunately, we can't afford to have a President who just plays golf, especially with the world on fire as it is. And in matters of defense and foreign policy, President Obama has shown himself to be both arrogant and incompetent to a degree unique among US Presidents. He has offended our allies, deserted our friends, emboldened our enemies, weakened our military, and responded to the outrages of terrorists with vacuous speeches. The rest of his Administration is no better. His Vice-President can't open his mouth without embarrassing himself, his Secretary of State has worn out his welcome everywhere but places like Qatar, and his Secretary of Defense is a non-entity chosen specifically for his hostility to the military commanders he supervises. Talk about a JV team. I fear it's going to get a lot worse before it gets any better. The only question left is how far back the next President will have to start from after the terrorists and rogue states like Russia and Iran romp their way through the rest of Obama's term.

My progressive friends can disagree with me on policy, and that's fine. That's what elections are for. But just crying, "Bush did this, Bush did that" is not an argument, and it doesn't really address any of the specific criticisms I have made. We've had this guy for going on six years now. It's his mess. He's responsible for it.
Collapse