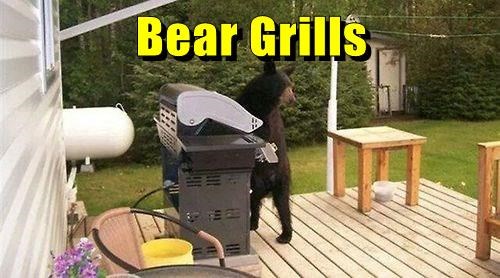 I have been bemused the last couple of days by all the videos on the intertubes -- posted by my friends, colleagues, parishioners, and people known to them but strangers to me -- who have taken part in the ALS Ice Bucket Challenge. This is apparently a Thing, now. Someone challenges you and you have 24 hours to pour a bucket of ice water over your head or forfeit a charitable donation to the ALS Foundation.

Or something. I'm not really clear on who is donating what. Or how. The ALS Foundation says their contributions are way up, so that's good. But are the bucket brigades just playing I-Dare-You, or is this actually ginning up their charitableness, too? I have no idea.

Nobody's challenged me, yet, nor am I asking them to. I have my own freezing cold shower that I spent a long time under. I rarely talk about it. I've never posted about it here before, that I recall. But maybe now if I say something, it'll do some good. Maybe. So, here you go.

My father died of ALS. And a more ghastly, slow-motion death I have never witnessed. From diagnosis to death, it was about eleven months. During that time, I saw him at least once a week, wherever I was, wherever he was. We noticed he was very ill with something at Anna's graduation that May. Various false diagnoses followed, until he got a neuro workup toward the end of summer. The doctor said he could give him maybe two years. My father said in a determined mumble, "Ten years!"

He was at home for some weeks, and we had some long talks, which cost him great effort. He showed me things, particularly about his finances, that I would need to know. In October, he was taken to the hospital in extremis, and was put on a ventilator at the insistence of my sister, who lived with him. It's easy to criticize that decision; Dad's doctor certainly did. But my sister -- who fought with me and our other sister constantly over everything related to Dad's condition and his assets -- was right. Our father desperately wanted to live, and he had instructed that everything possible be done for him, heroic measures included.

Well, he wound up eventually in a rehab hospital in Terre Haute, and that was pretty good. He couldn't talk because of the trach, but he had some good days. We celebrated his last Christmas in the hospital and we all (except for Dad) wound up having Christmas dinner in a (no kidding) Chinese restaurant. It was the last Collins Family Christmas ever. But as good as his care was there and as well as he was doing, he was also rapidly declining. And, the hospital could not/would not care for him more than so many months. And so, in February, he had to be moved to a long-term care facility, of which there were all of two in Indiana which took ventilator patients.

Dad wound up in a nursing home at Hanover. I was there the day he was admitted. He looked awful, but was more or less aware of things. Within a day or two, he was completely unresponsive. Elderly/ill patients faced with traumatic changes sometimes go into a kind of psychosis in which they simply check out mentally, which is what I think Dad did. And by then, his body was so weak that he couldn't rouse up if he'd wanted to. He lay in a bed, dripping slime from his throat with the machine pumping, for close on to five more months. And every week, at least once a week, I came to visit from Aurora, where I was pastoring.

At one point, I stood by his bed and said, sotto voce, "Oh Dad, if you could have all your choices back, would you really have chosen this Devil's bargain?" I didn't want to say it too loudly, since hearing is the last sense to go, but truly, it would have been better if he had died before this. (*Sigh* Everybody wants to die with dignity, but nobody wants to die today.) Finally, achingly, reluctantly, shame-facedly, I learned to pray that my father would die. Not so I would inherit more, not because I was tired of visiting him, but for mercy's sake. Mercy to him, not to me; I struggled with desiring the mercy of not having to see him that way any more, but I set my face to see it through with him.

During Holy Week (Maundy Thursday, I think*) that year, my other sister and our aunt visited the nursing home with me. I celebrated holy communion and we shared it together. I gave Dad his last communion by eyedropper. And we waited. I was to move to a new church in June. I was scheduled to lead a crew to Philmont in July. We planned Dad's funeral and I paid for it with his money. I gave instructions on what to do if he died while I was in the mountains and unable to get back. I moved in mid-June to a new church a few miles further north and he died in early July, two weeks before my Philmont trip. God is merciful.

I went to Philmont in peace, and returned to the burden of being Dad's executor. It took two years to finish everything up, but I did it as my last measure of devotion to my parents. And then, well, it wasn't really over.

For the horror didn't leave me. Indeed, I began fantasizing over every minor symptom I had. For something close to ten years, I lived in fear of this thing that had killed my father. And during that time, I had at least three parishioners wind up on ventilators (not from ALS) from which they couldn't get weaned off. I sat by their bedsides and watched them slowly die. I was as regular in visiting and praying with them as I was with my father; more so, really, since as their pastor I saw them each multiple times per week, while with Dad I got out of town to visit him barely once a week. And I couldn't really talk about it with anybody. Or didn't want to; I don't know.

Anyway, suffice it to say that anything that increases donations for ALS research is something I whole-heartedly support. But you'll excuse me if I sometimes scroll past the bucket videos without really watching. Even after sixteen years, it's not something I like to revisit. But bless you all for whatever you do to help.


*Actually, I think it was Good Friday, because that was also his birthday.
Collapse