The Block Party at EFUMC was a lot of fun. The Crew, the Troop, and the Pack all had cool stuff going on: crafts; lunch; games; shooting gallery. Eddie Caves brought his Indian artifacts to display. And we had a pirate princess and her first mate doing balloon animals and face-painting.

We canceled the bounce house and dunk tank at 8:45 or so, when it was pouring down rain. Prudence fought with Faith and Prudence won. When the skies cleared off, I was inclined to second-guess the decision, but they didn't stay clear. And the numbers weren't there to pay for the attractions, so I guess it was for the best. Mostly, it was the Scouting family of the church who gathered and did the activities brought by the other kids, which was kind of neat. And our daughter's family came down and had a great time, too. 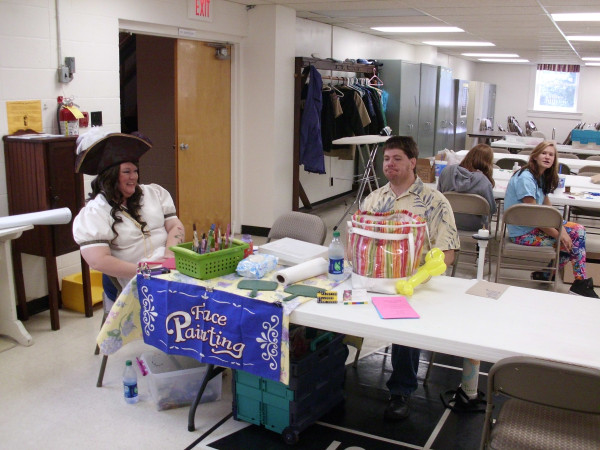 Avast, ye swabs!
Face-painting and balloon animals (and swords) were a big hit 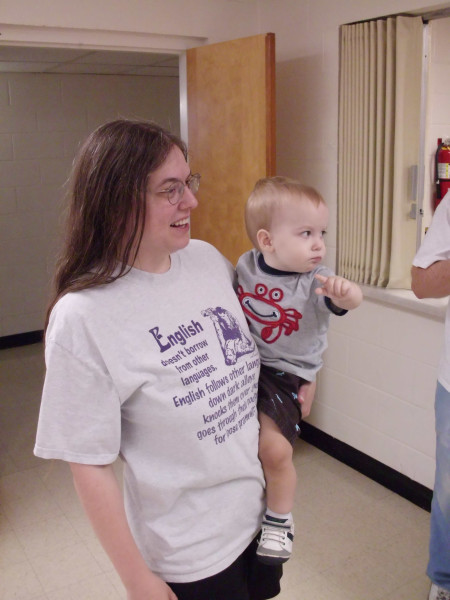 Look at that!
James was having a great time 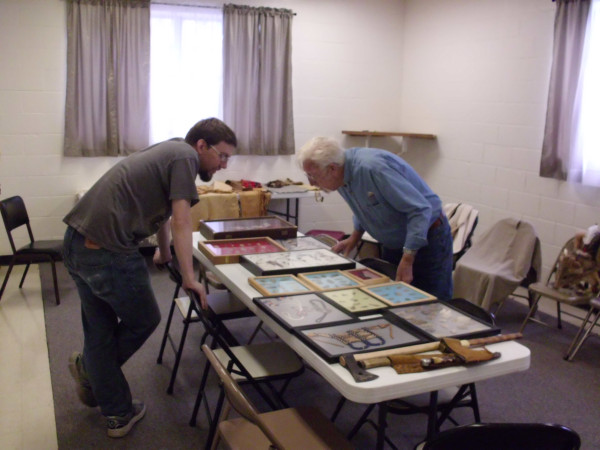 The cultural part of the program
Indian artifacts You may fire when ready, Gridley
Not a pie pan survived 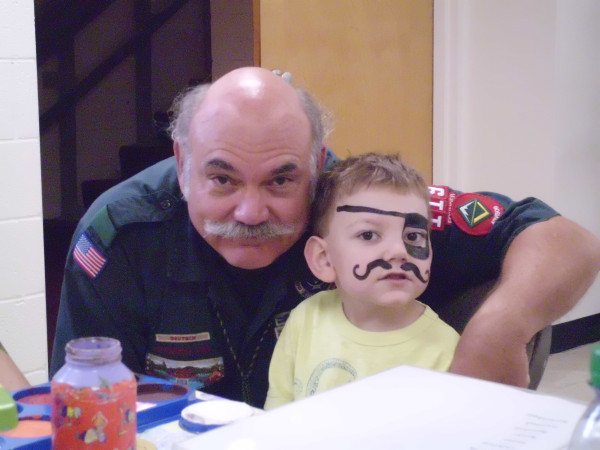 Family Resemblance
Daniel the Pirate sports a 'stache like Grandbear's 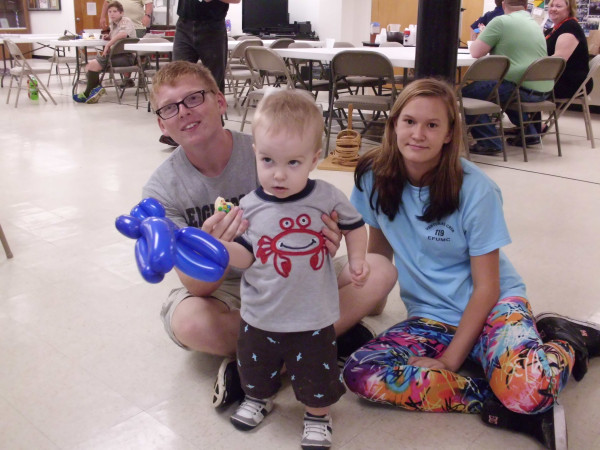 Future Venturer
He needs to do Cub Scouts first
Collapse