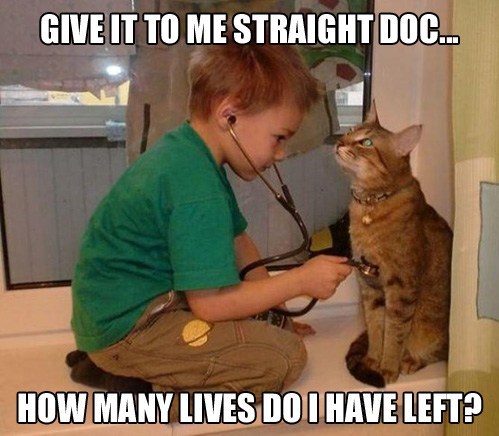 This reminds me, I need to schedule my annual physical.

I am back in E-ville temporarily. Had to come home and do some laundry and get organized for a Tenke team meeting in the morning. After that, I'll be scooting over to Kansas City for a couple of nights. Feeling tired; once you wash the dirt off, your strength goes with it.

Anyway, Spring has sprung. Der Frühling ist zuletzt gekommen! The nights were chilly, but the days were warm and beautiful. Here's a pic I took looking up at the cabin from the creek. 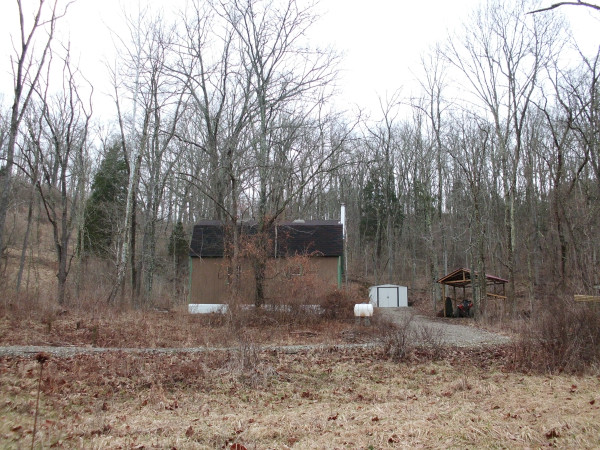 It's a beautiful day in the neighborhood
First day of spring, 2014

Now that I think about it, I think that I took it on the last day of winter, but who cares? I got a lot of chores done. There are plenty more to do, of course. Some will inevitably be overlooked. But still. We have a spring that runs half the year, sending a little, winding streamlet down to the Pishon. I put a plank bridge over the streamlet some years ago, nailing it into a couple of logs with spikes. Well, the problem with logs is they eventually rot and become one with the soil. This bridge's near end was now nailed into the ground, so I put a new log under it. After I got back yesterday from the various offices I consulted, I got out my compass to make a proper map of the building site. Don't have a transit, nor have I ever worked one, but it was a requirement for Second or First Class Scout back in the day to make a map of your campsite. This required you to know your pace to measure distances. And you had to show your "error of closure." This map doesn't show all the compass bearings and such because it is already too cluttered, but it shows you pretty much what I'm working with. And my error of closure was less than two feet (which is pretty good!), so I didn't show it, either. This morning, I had a number of small chores to finish up before departure. For one of them, I suddenly decided to put my bat box up. It must be ten years ago, when the last Cubs I was Cubmaster for were ten-year-old Webelos Scouts, that Zach Randall and I led them in building bat boxes. Zach downloaded some plans from the internet and we bought lumber. Now, I had never seen a bat box before, and I had no clue that what Zach had downloaded was the plans for the Marriott Luxury Bat Hotel. By the time we were done, we could each house a whole colony. I painted mine but never got around to hanging it. It's big and heavy and there's no obvious way to affix it to anything. So it's been out in the cabin since I made it.

Well, with all the attention given to the Indiana brown bats, who are feeling poorly these days, I thought I should put my bat box up. And when I saw it there in the cabin, I remembered hearing that the State now requires that all trees to be felled be dropped before April 1 so as not to disturb any bats in them. Aha! I thought, I'm just in time to get this up before the bats emerge from hibernation looking for new digs.

I installed it in a tree behind our building site by the fence line. Ought to be nice and quiet there. Hope the little fellers eat lots of mosquitoes. Location, location, location. It was a job getting it up there, too. 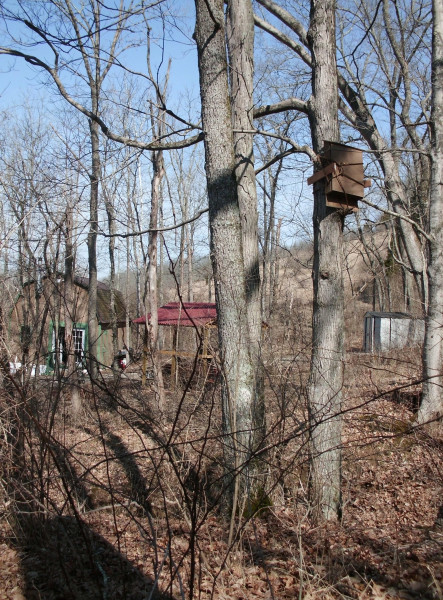