I think Good Queen Bess might appear on an Anglican calendar or two. In any case, I've always admired her. I started out studying Political Science, and she had amazing political instincts and mad governance skillz. But her position on religion was not merely finessed, as some assume; it was deeply felt. Likewise, her decision to leave torture behind and expose herself to risk was a profoundly moral choice, taken against the advice of all her counselors, who also could not understand how she could leave Catholics in peace so long as they kept the peace. So, she's another "saint" I would enshrine in stained glass in a chapel, and here is a collect for the day of her commemoration.

COLLECT FOR THE DAY OF QUEEN ELIZABETH I

Lord God, King of the Universe, who did preserve the life of Elizabeth
and inspire her to pursue mercy in her dealings with her enemies:
Grant us the courage to do the right thing when embroiled in controversies
and share your peace even when surrounded by anger;
in the name of the Jesus Christ, the Prince of Peace, we pray. Amen.

Our Happy Crew hit the slopes at Paoli Peaks today. We went tubing. Fun was had by all. If we'd had fish to eat, we could've called ourselves the Sushi Olympic Games. Tubing should be a sport at the winter games, for sure.

We do four-season fun in Venturing. Rougher! Tougher! Buffer! 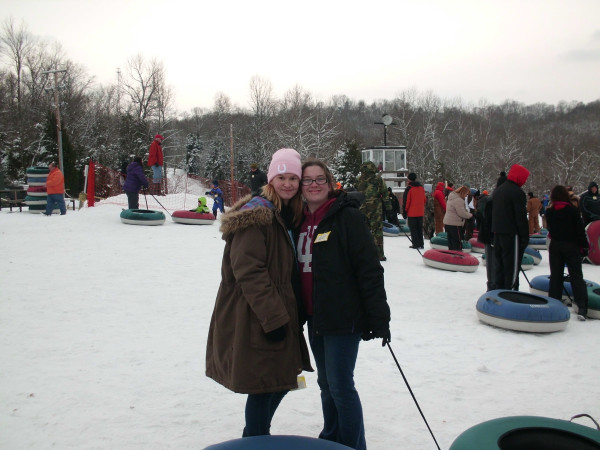