Winter Rendezvous XX at Maumee Scout Reservation was great! There was lots of snow, lots of Boy Scouts, Cub Scouts, and Venturers (and even little sisters and all -- this is a family camping event). I barely set foot outside the dining hall for two solid days, though, the crush of activity was so great.

Attendance was down a bit -- 400-some, I think -- but enthusiasm was high. Our happy crew was frantically busy most of the time. We set out a truly over-the-top cracker barrel Friday night, complete with anniversary cake tableau. I told the Scouts that if they hadn't earned their Man Card yet, they would upon eating the Buffet of the Bold. They took that as a challenge. We also boggled everyone's minds with our chow for the feast Saturday night. One Scouter had just completed culinary school, and he was blown away by our cooking (especially the crawfish etouffee, which he had never tasted before and was asking the recipe for). My personal hats-off goes to T.J. and Julie for making the scratch biscuit crust for the venison pot pie (amazing).

I told our crew that I didn't know one Scouting group in fifty that could do what they had done. This morning, I amended that. There isn't one Scouting group in a hundred who could put on the show we put on. I'm home now, resting up and getting ready to relax over some football, but I thought I'd share just a few pics from the weekend. I didn't have time to take many, but these speak volumes about the fun in the dining hall. 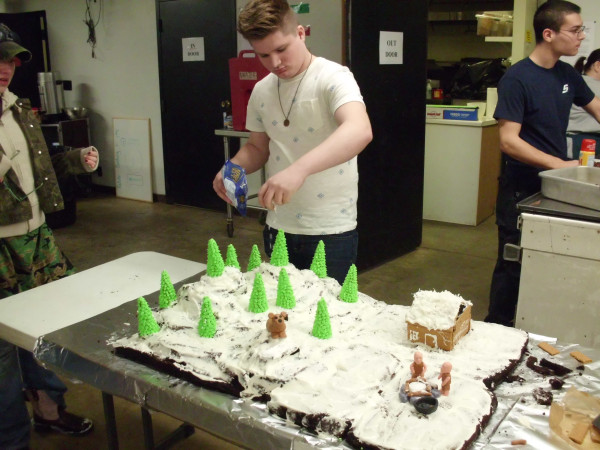 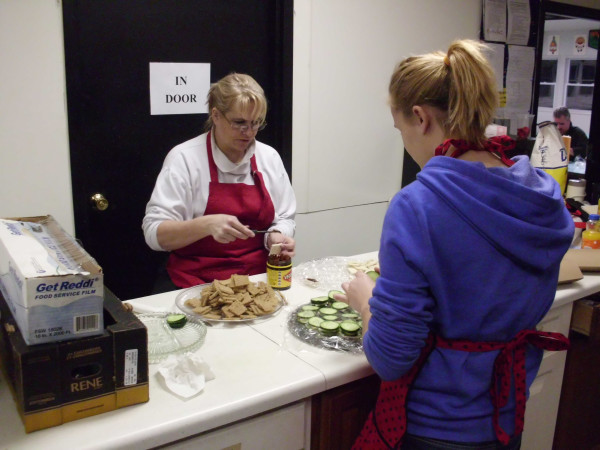 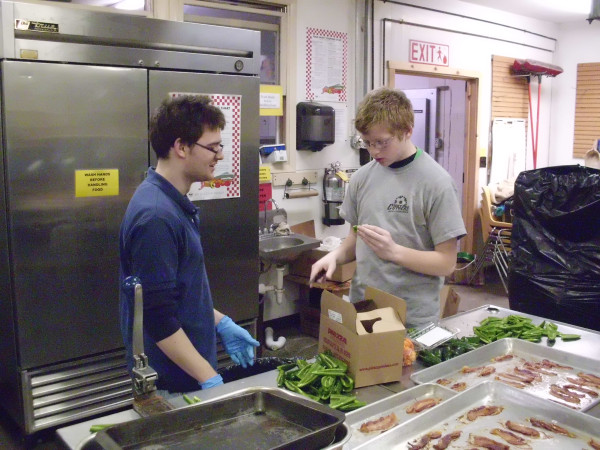 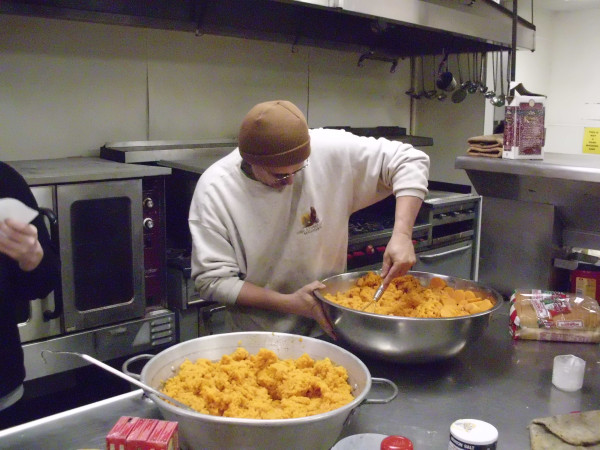 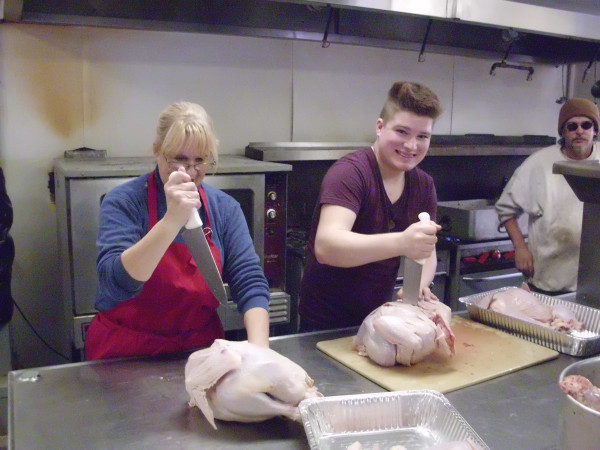 The Morning After
No regrets
Collapse