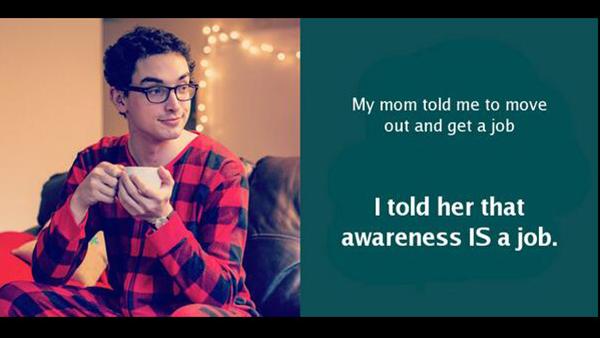 I have never watched Duck Dynasty. I'll watch Pawn Stars sometimes, but only for learning about the neat stuff brought into the pawnshop. Reality TV, it seems to me, is long on TV and short on Reality. That said, I understand why people like Duck Dynasty and follow its stars.

But celebrity has a price. The price is, you must fit the mold. You must be who WE want you to be (or appear to be). You are our product, and if you reflect badly on us (in our view), we will drop you back in the ditch we hauled you out of.

This is an illustration of that old foe of Christianity, the World (one of three nemeses, along with the Flesh and the Devil, that plague us). The temptation presented to us all, even if we're not famous, is to "go along to get along," to not make waves, to nod and smile and assent to whatever is popular or is decreed by the arbiters of Cool. There are things that are Done and things that are Not Done. As Mama Cass used to sing, "I'm in with the In Crowd, I go where the In Crowd goes." Money. Fame. Introductions to other Big Names. Popularity. All you've got to do is be what we want you to be. Is that so hard?

Phil Robertson refuses to pay that price, and A&E is foreclosing on it. Asked his opinion of various moral issues in an interview, he (gasp!) gave it. And it wasn't what the opinions of the puppetmasters at A&E wanted it to be. So, he's out. The show will go on, they say, but I can't for the life of me see how. It's a show about Phil and his family. Writing him out of his own family's show is absurd, and the product will be hurt.

And I doubt that Robertson will miss much by being dumped. He was who he was before A&E came along, and he is still that person. Good for him. He has integrity. He doesn't care about what the World wants him to be, he just wants to be what Jesus wants him to be. Whether one agrees with him or not, he is at least himself and not some packaged character in a story written by someone else.

Paul said, in Romans 12:2, "Do not be conformed to this world but be transformed by the renewal of your mind, that you may prove what is the will of God, what is good and acceptable and perfect." Or, as William Barclay translated it, "Don't let the world squeeze you into its mold."

I left town this morning shortly after eight, heading for Wilderstead. Had to go find some peace and quiet, rest my soul a bit. My cell phone rang about 9:40 or so. Deanne asked, "Where are you?"

"You left without saying good-bye."

"You were sound asleep; I didn't want to wake you." That, and the fact that I was so desperate to get out the door that I didn't even shower and shave.

I made it to Wilderstead about a quarter to eleven. There was still snow in the fields and woods, but all the roads were clear. I had intended to scrape my drive with my tractor blade, but that wasn't necessary. The day was bright and warming. Everything was melting.

I took a walk in the woods. Read for a bit. Took my tractor for a spin, just to keep the battery charged up. Read some more. Took an epic nap in the cabin. And then it was time to head back. Five hours of peace and rest at this time of year, even at the cost of five and a half hours' driving back and forth, is of incalculable worth. I feel so much better. 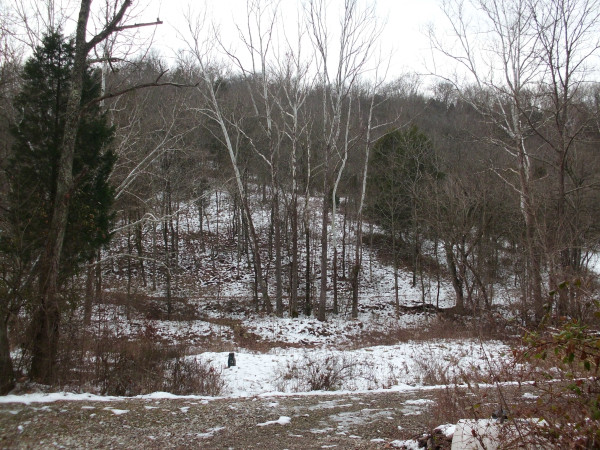 Chilly waters
Just below a certain Thinking Spot lie these rills on the creek. The water was SO clear.

By the time I left, almost all the snow was melted in the open fields and neighbors' yards. Well, more is expected before Christmas. Let it snow, let it snow.

Peace to you all.
Collapse