We left yesterday morning for Overland Park and a two-day visit with the Grandcubs. Zach came over to catsit; we gave him the run of the fridge, too. As we left just after 9:00 a.m., there were snow flurries in E-ville. We were pooped by the time we got to Kansas. Checked into our motel about 5:00 (our time) and went to have supper with Anna and Brian. Got back to our room about 8:30 and promptly fell asleep.

Today, we slept in a bit. Got to the Grandcubs' house about the time breakfast was in the offing. We had pumpkin pancakes, which were very good. We then set about making the Big Dinner in a non-stressed fashion. Anna and Brian had reserved a large bird, but they weren't prepared for how big it turned out to be: 17 3/4 lb. I spatchcocked it and we slathered it with oil, seasoning, spices, garlic, lemon, leeks. It cooked to perfection in a mere two and a half hours. Hitherto, Anna had always brined turkeys, but she was quite impressed with the spatchcocking technique. That's where you cut out the backbone and smash the bird as flat as you can get it, CPR-style. 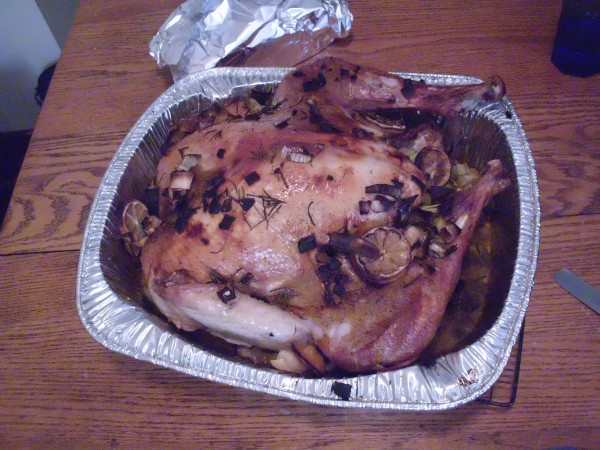 Everybody knows the bird is the word.

In other food news, we threw together the dressing by guess and by golly; it was magnificent. There was a large amount of mashed potatoes from scratch, home-made whole wheat bread, scratch turkey gravy and -- after time to digest -- persimmon pudding with whipped cream. We all agreed that cooking is an art, while baking is a science, which means recipes for most savory dishes are merely guidelines. It's fun to cook together as a family.

We made home-made stock for the dressing with the neck, backbone, and giblets. After dinner, with the bird cool, we stripped the meat off the bones for leftovers and the bones went back in the stock pot to be further processed. Yummmity, yummity.

We played and watched videos with the grandcubs all day (including a bunch of Good Eats episodes and a cool movie called The Secret of Kells). By the time we reached 7 or 8 o'clock this evening, both boys were both fighting the need for sleep. I played some carols on Brian's guitar to round out the evening. Daniel danced. James's eyes shone. Here are a few pix of the gathered clan. 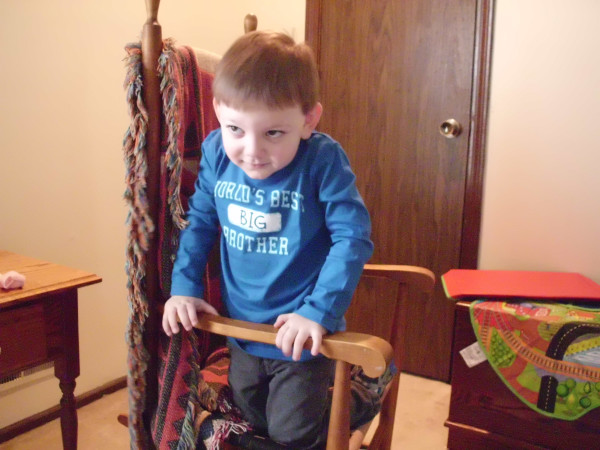 Daniel in the upstairs nursery 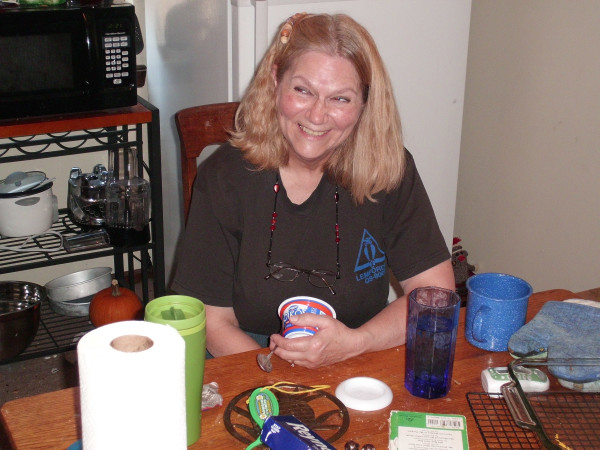 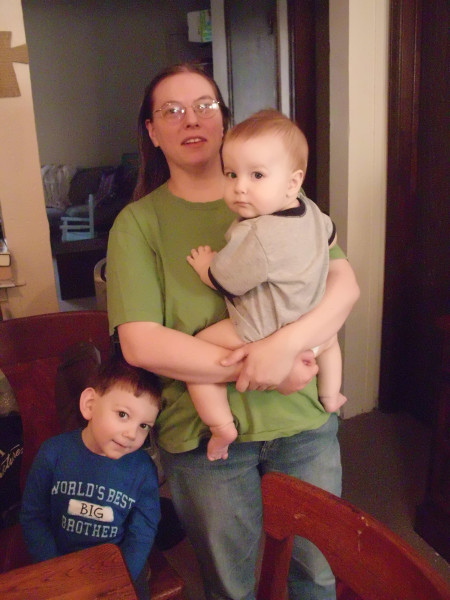 Mama Bear and the Cubs

Tomorrow, we are to watch Daniel while Anna and Brian take James in for a booster shot, so we have to get up early in order to report for duty. Hope to get some more pix before our visit is over.
Collapse