I was reading an opinion piece on the perennial argument over Creation Science and the adoption of textbooks in Texas. The writer, with whom I happen to agree about the merits of the argument, unfortunately made a reference to bolster his case which was in error. He said that there is more than one creation story in the book of Genesis. This is supposed to point out the absurdity of saying we should teach the creation story. Which one should we teach, then? Well, I did not reply to correct him, because it would look as though I were taking the other side in the argument. But I keep hearing this claim that there are two different -- as in, conflicting -- creation stories in Genesis. There are not. Allow me to elucidate.

These are the generations of the heavens and the earth when they were created.

We then launch into the story of Adam and Eve. Some editions label this section, beginning with either verse 4 or 5, "Another Account of the Creation," except it isn't.

The creation of the heavens and the earth, with passing reference to Man as created in the image of God, is given in Genesis 1:1-2:4. "These are the generations of the heavens and the earth when they were created" is not a header in the text introducing a new section, but a footer, closing the previous section. Some of these footers are near the beginnings of chapters. We need to remember, though, that the chapters of the Bible are not part of the text itself. Our chapter divisions originate in the work of Stephen Langton, Archbishop of Canterbury (the one who forced King John to sign Magna Carta), who died in 1228. The verses were broken up later, the Old Testament ones in the 1400s and the New Testament ones in the 1500s.

The creation story is about the making of the heavens and the earth. It is not only about causing things to be, but about the bringing of order out of chaos. And it is both relational and hierarchical, with each day's creation being able to participate more responsively in God's designs for it.

But the second story is the story of humanity. It explains not just how we came to be, but more especially, why we are the way we are. We were supposed to be in one relation to God, but chose to occupy a different relation to him. In choosing to disobey God, we did not become his peer; we only perverted all his goodness into sin. The effects of that sin lead to the murder of Abel by his brother Cain. And so, out of all the creation whose making takes up the first story, we only have rebelled and refused to fill our place in the divine order. 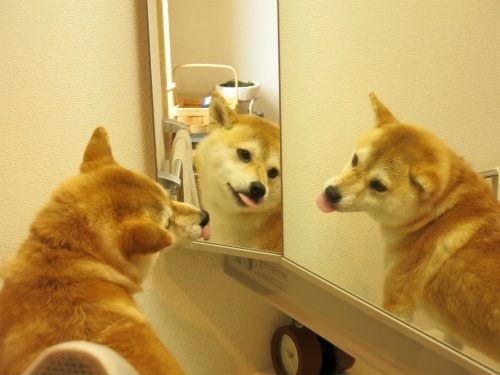 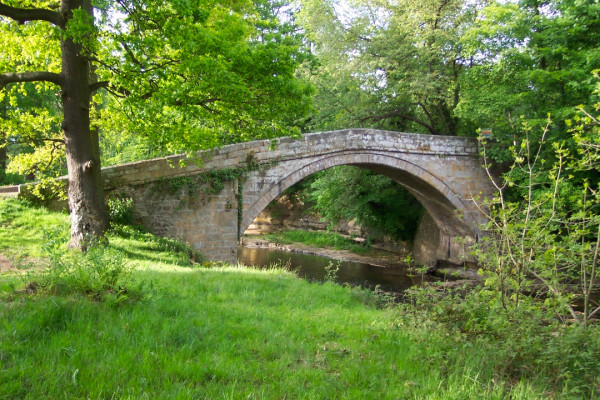 Bridge over the Devil's Water

This is the bridge over the Devil's Water at Dilston Scout Camp, the last place I am trying to confirm a reservation at for our Crew. It is supposedly haunted by the ghost of Lady Derwentwater. Derwent Water is in the Lake District, her family title comes from there. Devil's Water is the name of the stream flowing through Dilston on its way to the River Tyne. It's in the middle of northern England, just south of Hadrian's Wall. They do this just to confuse you, I know.

Anyway, in 1715, Earl Derwentwater rode down from Dilston Hall and over this bridge to review his armed retainers in the open field that is now Dilston Scout Camp before marching them off to join the Jacobite Rising. The Rising failed, of course, and the earl was found guilty of treason and put to death on Tower Hill in 1716.

We hope to camp two nights at Dilston next month.
Collapse