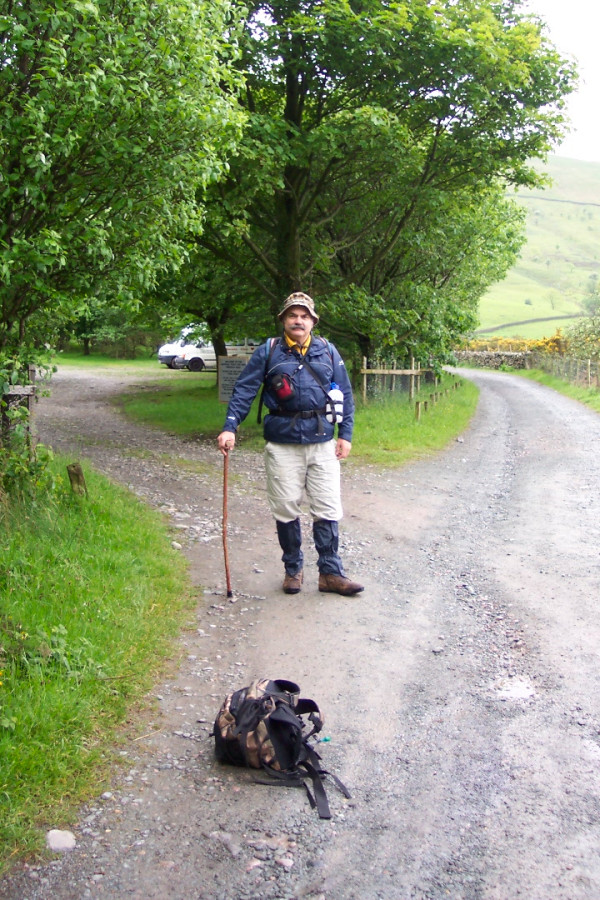 Ready for Anything
Me at Wasdale Head, 2005

This was taken just before our second attempt on Scafell Pike with Crew 699. Rougher! Tougher! Buffer!

I should have known better. I've stepped on the landmines before, in other groups. Maybe I expected something better from this group.

The Facebook group, "United Methodist Clergy," is full of garrulous, argumentative people. And as long as you agree with whatever they're beating on, you're fine, it's all "hail fellow, well met." But if you disagree with the prevailing wisdom (conservative or liberal, as the case may be), you get trapped in this crazy flame war.

Threads in this group routinely hit 50+ replies. I finally dropped out tonight on one that was past 85 and counting. It's like a feeding frenzy! And nasty -- wow. I got called "mean-spirited" by one guy, who went on to say that I should be banned from the group and called shame on me. I was doing my level best to reply civilly, but I must have really got to him.

The sad thing is how intemperate and hateful the apostles of tolerance can be. But I knew that. I guess what I need to learn is to not try to join groups that are signalling that folks like me aren't really welcome. *sigh* The sad thing is, I've been in conservative groups that weren't much better than the liberal group that I couldn't get free of tonight. Where DO "folks like me" go to find a welcome?

You know, I can hold my own in a brawl, but I take no delight in brawling. I think it'll be a long time before I join another discussion on that United Methodist Clergy group.
Collapse