I don't want to second-guess those who have just been through hell, but . . . was Zachary Reyna, the twelve-year-old victim of the brain-eating amoeba, whose organs were just harvested for donation, actually -- you know -- dead when they began the process?

He was on a ventilator to keep his organs in good shape. A semblance of life, one might say. But if he's "brain-dead," well then, he's not really alive, is he? But no news account I have seen has said that he was "brain-dead," whatever exactly that means. Every news account says that his infection was halted by antibiotics, but that his brain had sustained extensive damage. How much damage has not been said in any report I've seen. Too much damage to support life without artificial support? Or too much damage to regain consciousness? The distinction matters.

If there is little or no brain function, if you are "brain dead," then if we turn off the ventilator, your body will cease to function. You will die, indeed, and your body start to decompose. And your organs will be useless for transplant. If, however, we turn off the ventilator and your body continues to sustain itself, then you are still alive. And you might live for a long time, years even. And, yes, you might never run and play and smile again, you would be a terrible burden on your parents and all that, but however useless and burdensome your life would be (to you and to your family), you would not be dead. And you have to be dead for us to have the right to take your organs.

I imagine myself at the scene. The family is slowly coming to terms with the fact that their little boy is never coming back. They are enduring every family's worst nightmare. Then the helpful doctor quietly and respectfully offers this family facing horrible pain and ruinous expense a way out. Your little boy can live and and do great things, he says, through organ donation. Suddenly, something seems to be salvaged from the tragedy, and the family agrees. They invoke the God who brings good out of evil. And Zachary is wheeled into a surgery theater and all his spare parts removed.

It seems cruel to ask, but I have to wonder: Was he really dead, or was he just "dead enough?" What tests did they do, how long did they wait, before they took his organs? In that in-between world of artificial life support, it's often hard to know. But doctors can get hardened by being too close to such boundaries, and they can get impatient sometimes. And families -- the most loving of families -- can get worn out with waiting for someone to die.

I should point out that I am not against organ donation; indeed, I have it designated on my driver's license that I am an unlimited organ donor. But I worry about a society that is too quick to take what is not yet theirs. I see in all the debates over managed care and abortion a definition of life that is highly utilitarian, that says your life must have value for the rest of us before we will concede its value to yourself. And so, I wonder: exactly how dead was Zachary Reyna? 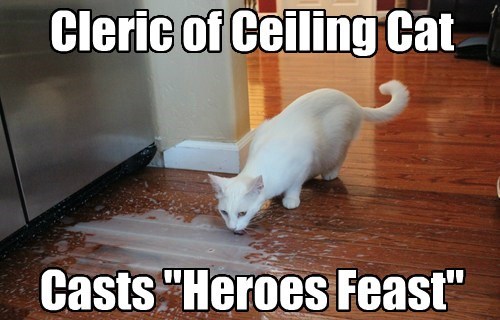 I am with great pleasure re-reading The Barbarian Conversion: From Paganism to Christianity, by Richard Fletcher. One of the most fascinating things he does is to ask "Who is it [Christianity] for?" His contention is that Christianity wasn't always very evangelistic. For a long time, the Church wound up doing missionary work only as a consequence of getting backed into it.

To the first Christian leaders, it was for the Jews (only). And God had to scatter them to even get them to leave the vicinity of Jerusalem. Eventually, those who had lived in the Diaspora (like Paul) began the systematic extension of Christian teaching to the Jews scattered throughout the eastern Mediterranean. They stumbled over the Gentiles along the way, and it took a lot of hassle before the Gentiles were seen as a legitimate target for Christian missions.

Fletcher takes up the tale there. Christianity was an urban religion. An urban, Roman (as in, the Roman empire, not ethnic Romans) religion. It was fairly lower class, but became upper class rapidly after the legalization of Christianity under Constantine. Christianity became the religion of the Roman elites. Both Roman elites and Roman underclasses, however, saw themselves as Roman, and Romanitas was, in some ways, quite as central to their identity as their Christianitas.

In fact, the first major push to convert the heathen -- and it took some big personalities to push it, like Martin of Tours -- was the evangelization of the countryside. Pagan comes from a word meaning "country bumpkin," although in the late imperial age, the word "rustic" (rusticus) was more common. (The later word "heathen" comes from the Old English word for "heather," meaning someone who lived rough, rather than in towns.) A lot of people thought trying to teach rustics anything was a waste of time, but the elites (many of whom had country estates) were told it was their duty to bring the faith to their dependents, so the Church began (reluctantly) to convert the rubes.

Foreign missions -- that is, outside the empire -- were typically by request only. Roman merchants or war captives wound up forming a pocket of expatriates in some (so to speak) godforsaken place, and they would ask to be sent a bishop, so they could practice their faith in their new home. This is how Ulfilas got sent to the Goths and how Palladius got sent to the Irish. Of course, in their new home, the faith would slowly spread, just as it had originally spread from the Jews in the Diaspora to their Gentile neighbors.

Here's the astonishing thing. Fletcher says the first person we have record of who ever articulated a call to go convert some foreign pagans just because they were foreign as well as pagan, was Patrick. His call to evangelize the Irish was to go to the real Irish, the pagan Irish, those who had held him captive in his teens. He didn't intend to go just to minister to a community in exile; he was going to go make converts of those who hadn't asked him to. Apparently, nobody had had this thought before.

We lose this because we read back into history the missionary impulse we are familiar with. "We've a story to tell to the nations," we sang last Sunday. We assume that everybody from Pentecost on intended this to happen. But they didn't. It took over four hundred years before anybody thought that we ought to go barge in on people who hadn't asked us to in order to share our Christ with them.

I'm glad Patrick and his successors did so. But it makes me a little more tolerant of the people who don't "get it" in our churches today. It's natural to suppose that our primary concern centers around the way we do Church, and we conflate "American" or "Western" and "Christian" very easily. It's natural. You have to be taught to think otherwise. You have to be taught to imagine the possibilities of widening the circle that surrounds and defines us.
Collapse