Faced with an unexpected week off, I betook myself to the woods. I thought I might dig a bit on our site, maybe lay a little block on the ol' lower retaining wall. But I had a job to do first. Ever since my idea of the instant shed-in-a-box flopped, I've known that I need to build something under which my little tractor could be parked. I sketched out something of a plan, made a materials list. Monday found me heading for Wilderstead.

I went to Lowe's in Lawrenceburg and bought a major load of lumber and stuff. Just getting it out to the holler was an adventure; I left unloading it for the morning. Tuesday, then, I got up early and got after it. Dug post holes, raised posts, set them in concrete. I left them there overnight to set a bit. Wednesday found me setting up the ridge and rafters. Thursday, I roofed the shed. I took my tractor out for a bit and then parked it in its new home.

Today, I did other chores that have been needing my attention. We've got some verdigris growing on the shady sides of the cabin (a common problem in these moist hollows). Last time, I just re-painted the whole cabin, but someone told me that I could kill the green scum with bleach water. Accordingly, I used my garden sprayer to attack the stuff. We'll see how it worked next time I go out. Then I had to re-paint the door frame, which was on the sunny side and peeling. I resisted the urge to then paint more trim, remembering what my friend Jerry (a former painter) says, "It's a small world, until you start paintin'." Finally, I cleaned up the cabin and set off bug bombs, since that hadn't been done for a while.

I learned some things building the tractor shed, as one always does. For one thing, I learned that if I'm going to be banging away on any more 16-penny nails, I'm going to need to buy a framing hammer. The other big lesson is more of a reflection, I suppose: building something by yourself is difficult, because there are times when you need to be on both ends of a board.

Anyway, I had a lovely five days roughing it at Wilderstead. And I have a great sense of accomplishment. That's what I did on my summer vacation. End of essay. 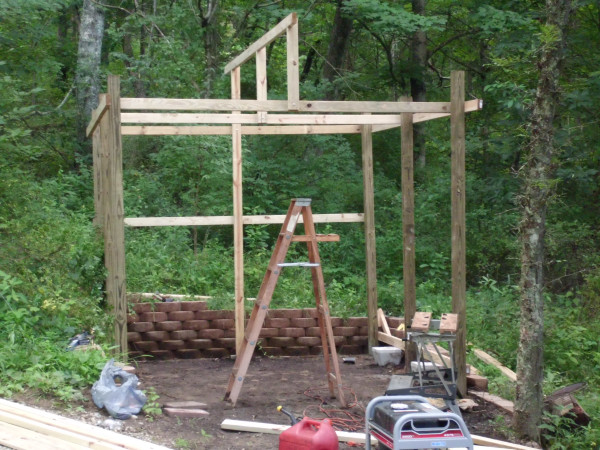 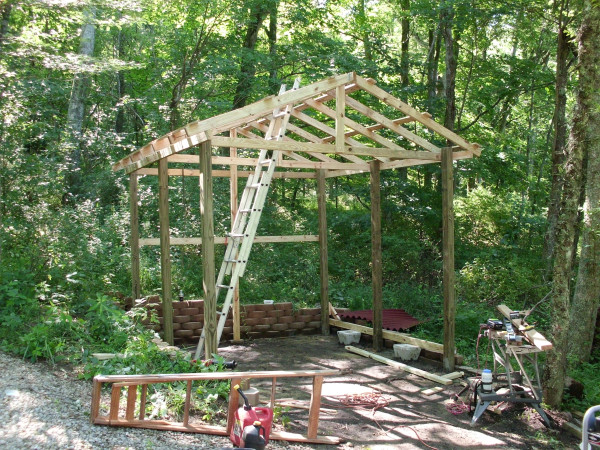 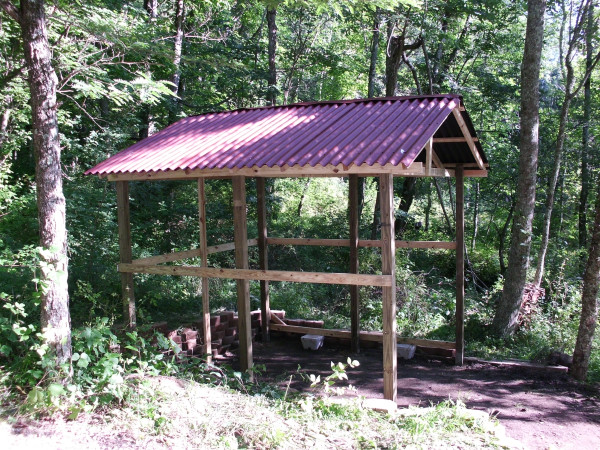 Snug as a Bug in a Rug 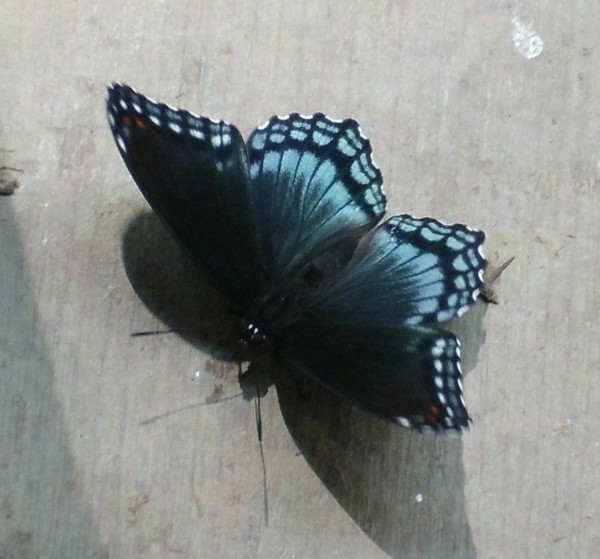 This little lady kept hanging around the doorway at our cabin one day this week. She was shy, but I finally got a picture of her.
Collapse