Every decision involves counting the cost. Some things are not for sale at any price, but others are negotiable. In deciding to allow gay youth to be members of BSA (but not gay adults), BSA has made a calculated decision. There are things to be gained, but there are also things that will be lost.

A friend whom I took to Philmont as a youth, who is now a Lutheran pastor, has announced that he will be returning his Eagle badge. The loss of those who cannot be reconciled to BSA's action must be weighed against the gain of others who were or might be deterred from involvement in Scouting by BSA's long-held stance.

When our Council Executive Board debated their response to the proposed membership change, I voted for the proposal that has now been accepted. But BSA should not construe the support of so many of us beyond the narrow limits of what we were asked to consider.

I talked with a long-time Scouter I met up with downtown this morning. We have both known a few gay or bisexual Scouts over our years, and suspected others. Yet, we have never acted to have them removed. We have kept our lines of communication open and led them as best we could. The fact is, the only way a kid could really get thrown out of the program was by making himself obnoxious, by insisting that he-was-gay-and-what-are-you-gonna-do-about-it. Our acceptance of the membership change is merely an institutional recognition of that stance.

But what I also told my fellow Scouter was that the real problem isn't including gay kids, it's the subversion of everything we do by the gay ideology. For just taking gay kids camping and sharing the fun with them isn't good enough. Before long, we'll have people insisting that BSA has to do some mandatory diversity training, wherein we drum into everyone's heads the goodness of gayness.

Be it noted, "the goodness of gayness" was NOT up for a vote, and if BSA thinks that's what we've approved, it's deluding itself. I'm willing to accept kids who identify themselves as gay -- I always have -- but I will not change the values we teach, which are the primary objective of the program. The debate isn't about people -- for all of whom Christ died; the debate is about the teaching, which is non-negotiable. And BSA needs to understand, explicitly, that if their values someday come to conflict with the values I was ordained to teach, then I will drop my membership in the program, too, as well as pull the plug on the charter-partner relationship my congregation has with BSA. 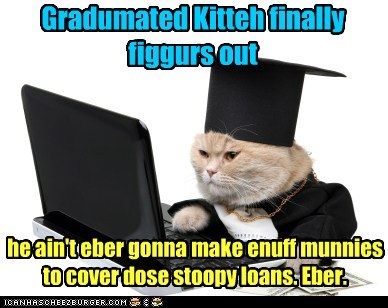 Several gay rights' groups have said they will "help" BSA craft programs and policies to assist in working with gay youth.

Let me be clear. We know how to work with gay youth. We have done so for some time. We do not need or want the help of these other groups.

The desire of BSA was to de-emphasize the problem of sexual ideology, not double down on it from the other side. We want to talk less about sex than we do even now, not more.

But of course, the whole thrust of the ideologues is to turn the Boy Scouts into another megaphone for their ideology. They don't just want inclusion, they want control. And if they get it, they will wreck the program.

Gay kids want what other kids want. They want what we've been offering. The program isn't broke, and we don't need to fix it.

I agreed with the policy change as presented, but I do not trust the bozos in Irving on the National Executive Board and Staff.
Collapse