Lightning demonstrates the peace of a clear conscience. He has none, it's totally clear. 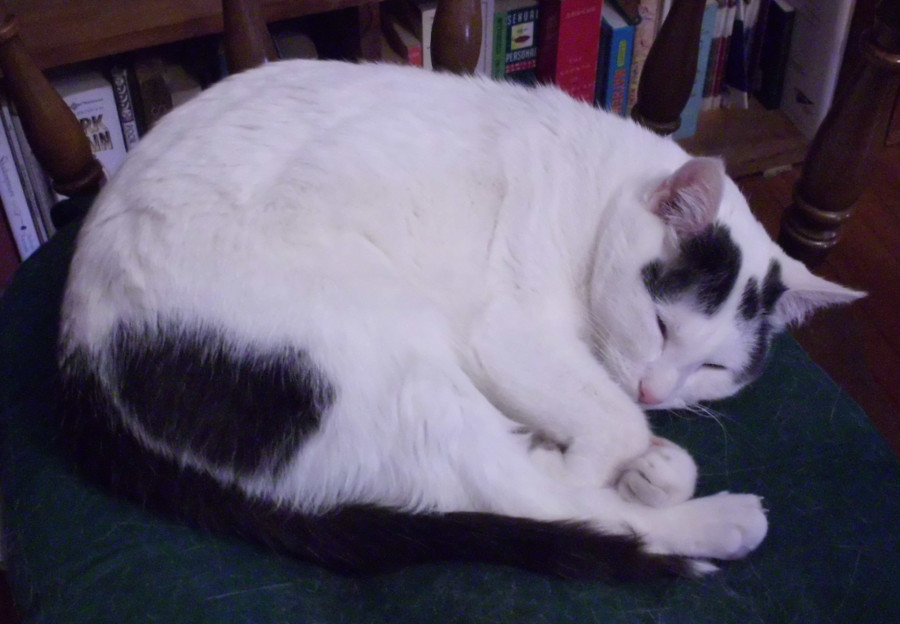 There was a time when America had a very secure Protestant identity. I don’t mean by that that we were a “Christian nation” – actual church membership was very low in the early years of the USA. But our sense of ourselves, our ideology, the tales we told each other about ourselves, were firmly linked to the Reformation and the Great Awakenings. The Catholic Church was a distinct minority in the religious field, though as always, very secure in their own sense of who they were; nevertheless, “America” was, for better or worse, Protestant – and though there were all kinds of Protestant bodies (and more coming into existence all the time), there was no discernible conservative/liberal, evangelical/progressive split in Protestantism. Within each denomination, all the members talked the same language, claimed the same doctrines.

The evangelicals lost the battles of the early 20th Century, and so retreated into their own little world. They ignored politics, avoided other religions, spent their time building schools and camps. They were secure in their sense of themselves. They became counter-cultural in a very real sense – they had lots of behavioral rules and stylistic expectations, and they did a pretty good job of living up to them. Catholics remained counter-cultural in another sense. Meanwhile, the mainliners gloried in being the soul and voice of the culture: their brightest and best organ called itself The Christian Century, for they thought that the 20th Century would be theirs.

And then came the Sixties and Seventies. The Catholic Church underwent the radical shakeup of Vatican II and its aftermath. The Mainline Protestants decided that they wanted to be both the voice of the culture and its conscience, too: in an attempt at counter-culturalism, they tried to hector America into being fairer, better, more “open” in all kinds of ways. Eventually, the Evangelicals re-emerged to engage the larger society and to contest the future with the Mainliners (who were, more and more, called “progressives” now). The result is not what anybody expected.

The Mainliners became captured by a radical clique which more and more saw ideology as the only doctrine that mattered, and that ideology was not based on Christian dogma. The mainline denominations began to shrink, alarmingly, while their hierarchies confidently hurled thunderbolts in all directions and began to remake themselves into organizations bearing little resemblance to something called “Church.” The mainline leadership kept their power, but nobody much listens any more. The mainline denominations are mostly dying; in their urgent need to be “relevant,” they have made themselves irrelevant, followers of trends rather than setters of trends.

But the Evangelicals fared no better. In re-engaging the culture, they largely surrendered to it. Their distinctive modes of dress and behavior are seen as fairly quaint, even to themselves now. If the essence of what one is about is to convert one’s neighbors, the temptation is to make “selling Jesus” your technique. An organizational style that emphasizes charismatic leadership rather than institutions and doctrine means that marketing strategies pass for mission statements. And, of course, in a buyer’s market, the seller must adapt to what the buyer wants. “Selling Jesus” has now become a matter of large, glittering auditoria with rock star clergy who market their brand of discipleship in ways that don’t rock the customers’ boats. No harsh denunciations, no sharp dividing lines. In the end, the Evangelicals have become as helpless before the idols of our culture as the Mainliners. And so the Protestant identity of America is all but dead.

Which leaves the Catholics, who finally fought their way through their upheaval and came out of it more or less intact. They retain their sense of self. They know their mission. They are the only serious competitors left, on a macro level, to the secularists and sexualists who define America now. The fact that all the Supreme Court Justices are either Catholics or Jews should tell you something about who is still doing the hard intellectual work in our society. Like it or not, we orthodox Protestants are just playing “me, too” to Catholic spiritual leadership as we engage the culture.

This would be great if I wanted to be a Catholic, but I don’t. I want to be what I thought I was signing up to be, all those years ago. I don’t begrudge the Catholics their leadership – they’ve earned it by remaining faithful while we have not – but I’d like my own denomination, The United Methodist Church, to be something more than the train wreck that it is.

As I contemplate my own role in The UMC, I keep thinking about St. Francis of Assisi. He knew that fixing the Church of his day was beyond him. He managed to remain loyal to it, without losing himself in pointless battles with it. He created a new way to be the Church he wanted the Church to be, a way that was tremendously attractive to very many people. But I don’t think he was thinking of all those people who wound up following him. I think he was just looking for a way to stay right, stay connected, and not see his whole life’s work go to waste. That’s what I’m looking for. I don’t want to leave The UMC (where would I go, anyway?); I have no ability to reform it; there must be some way to live a faithful life within it without being consumed in its corruption or becoming a little resistance movement, an anti-church, within it.

There’s gotta be a way.
Collapse