I suddenly realized on Monday that I had promised a Sunday School class session when I'm not going to be in church this weekend. I'll be conducting worship at the Council Camporee, instead. So, I wrote up a script of my lesson, which I will record. And, I slapped together a slide show of the lesson, since listening to a disembodied voice only is something we're no longer used to doing. I'll ask Deanne if she can play them on the big-screen TV in Rogers Hall in my absence.

My lesson is on "The Barbarians and the Empire," part of my Sunday School class on Church History (The First Thousand Years). There's not a lot of theological profundity in this particular presentation, but I've got to disentangle 150 years of the Völkerwanderung that tore the Roman Empire apart and gave birth to modern Europe. It's the critical boundary between the Classical and Medieval worlds, and it is usually ignored by history teachers. But it explains so much.

Our Venturers' car is ready for this weekend's race. I went down to the thrift store and bought an old belt for 54 cents, which became our seat belt. We are now ready to roll. Those other Scouts and Venturers better watch out for us. We're hot and cool at the same time. Note the brass casket handles and the "chrome" accessories. 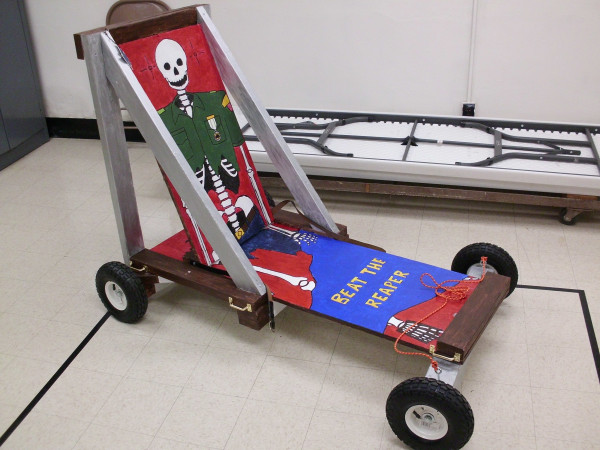 Beat the Reaper
Possessed by a Speed Demon 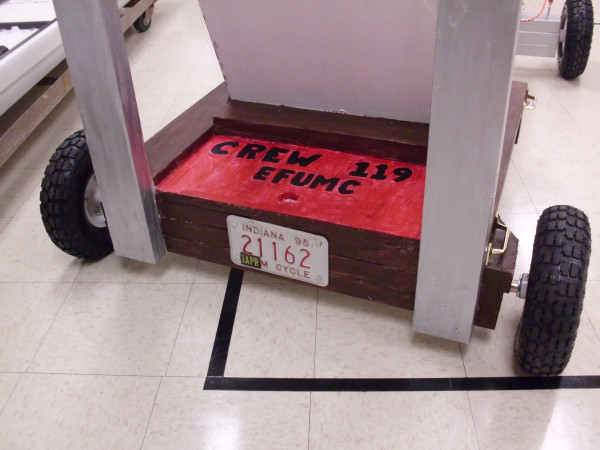