Currently, the argument over health care is being framed as if we only had two choices back two years ago: a complete government take-over of health care, or leaving people to die without insurance. This is, in the words of a certain government official, "malarkey."

As I recall the debate that led up to Obamacare, it sort went something like this.

Democrats in Congress: We have people without insurance, and that's a terrible thing.
Republicans in Congress: We agree.
Democrats: Let's fix it.
Republicans: We agree. Here are some ideas on how to fix the problem without creating a bigger problem than the one we have now -- and especially how to fix the problem without too much more government involvement.
Democrats: No, no, no! We must have the government take everything over! It's the only way!

The Democrats then proceeded to quash all Republican attempts to offer any amendments to the ungodly beast of a bill they produced. The President couldn't even get enough of his own party to vote for it to pass it without bribing them with special waivers and other goodies. In the end, it passed by the narrowest of margins, by the use of some highly questionable parliamentary procedure ("deeming" a bill to have passed that nobody voted on, for instance) -- and without a single vote by any member of the Opposition.

If we were to repeal this mess, that doesn't mean we're going to have people dying in the streets to be collected by the corpse wagons in the morning. It just means more reasonable people will pick up again where we left off and try to do something to fix the problem we started out with. There are plenty of ideas on how to do that. Too bad they were all ignored in order to thrust Obamacare down our throats.

The Venturers continue to make progress on their lifesize Pinewood Derby car for the Council Camporee. Here we have them beginning to paint the driver. 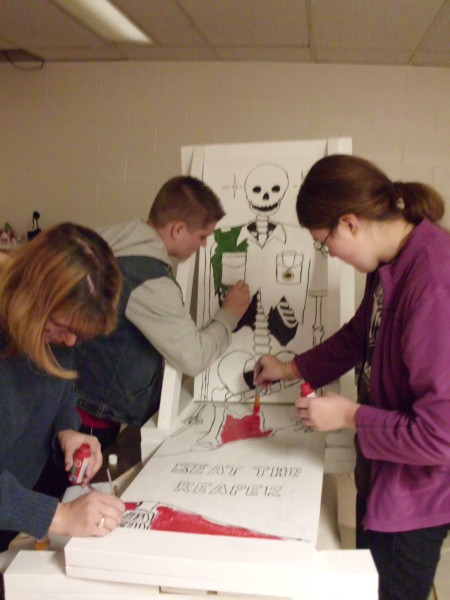 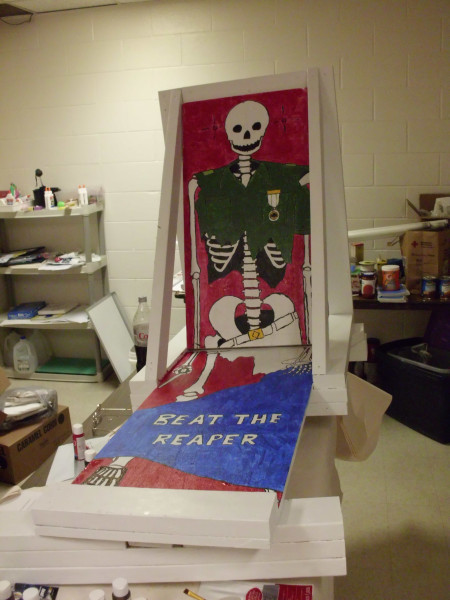 Getting there is half the fun
Collapse