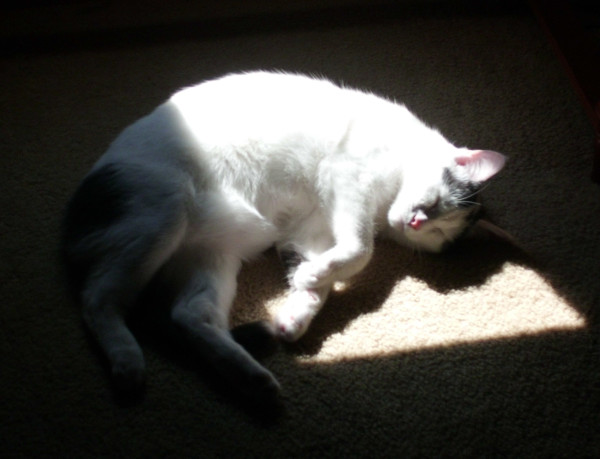 Just got back from my second funeral this week (we've got to stop meeting like this). After the funeral, we all went out to Peggy's house for food. Peggy (the deceased) was the matriarch of her family and always loved big gatherings at her house.

As I was leaving, Mason hailed me from the playset in the backyard. He wanted to show me all the neat swings and slides and stuff on the set that his dad and cousin Chad built. Mason is eleven now; the playset was built when he was five. I stopped and tarried for a good while, as he told me about everything. He also sort of wondered aloud who would buy his great-grandmother's place. Mason wasn't just saying good-bye to Peggy; he was saying good-bye to a major part of his childhood, to something safe and happy and sure.

He's a fine young man and he will grow up to be an even better one, but I had to hear him out, as a mark of respect and because I am his pastor, too. You see, kids mourn differently from adults. I was just turning eleven the year I lost two different grandparents. My son was eleven when my mother (his great advocate) died. They'll tell you really important things if you're not too busy to listen. Important to them, anyway. And after they're all grown up, they'll remember how it felt, and who had time for them.

Pastoring the flock isn't about wowing the crowds with your golden words. It's about listening, even to those who are slow to say what they need to say, but who need to say it. It's about taking time and paying attention. Because every person is important, even the youngest.

My other major reflection of Peggy's funeral is that she wins the prize for the most pregnant ladies in attendance at any funeral I can remember. As we were waiting for the service to start, I found myself wondering why there were so many. I believe it's because her whole family -- four generations' worth -- was there.

So many funerals these days are attended only by the peers of the deceased and a few family members. Which means that if you're eighty-something, there are few people left to come to your funeral. Everybody came to Peggy's funeral, just like they'd have come to her birthday party at her house. And so we had parents and grandparents and boyfriends and newlyweds and little kids and pregnant ladies. It was a Good Thing.

I started the week with Marian's funeral and now I've had Peggy's. Tomorrow, I lead kids in singing at our Back-to-Sunday-School-Fest (in German, that would be something like Sonntagsschulewiederkehrenfest). "Pack up the babies and grab the old ladies and everyone goes, 'cause everyone knows . . ."

Hey, it's what the job's about. And that's another Good Thing.
Collapse